It’s an Even Year Now, and Yet… 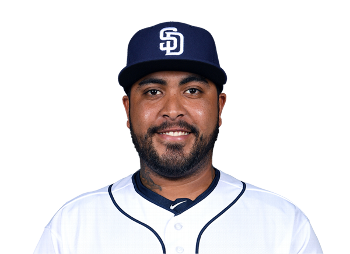 I’ll admit it: I was running on fumes last week. I only do one post a week, and Greek Giant has the nostalgia viewing party angle covered already. I don’t want to be derivative, after all. It’s now been over three months since the Giants played a game, and since then the following has happened:

OK, the last one was a something. Considering that this offseason has been so slow for baseball that J.D. Martinez is now marketing himself as a relief pitcher just to get a job, the trade for Longoria is still one of the bigger storylines of the “Hot” Stove season.

But…Bobby. That was 2 1/2 weeks ago. We still don’t have an outfield. More importantly, what in the world am I supposed to write about every Saturday?

Well. There was the return of Hector Sanchez, the guy who, in a Padres uniform, terrorized Giants’ pitching over the last two years: 35 ABs, 5 HRs, 14 RBIs. That’s–ridiculous. Giancarlo who?

I was going to riff on all those great Hector memories, and there are some. Hector was Buster’s primary backup in 2012, the year Buster won the NL MVP Award and the Giants won their second World Series in three years. He called the game in 2013 where Yusmeiro Petit came within one strike of pitching a perfect game, and he caught Tim Lincecum’s second no-hitter in 2014, leading to the first Hector Hug amid a plethora, nay, a panoply, of Buster Hugs. And Hector did seem to have a knack for that big late-game hit for a couple years there. This was one of my favorites.

I remember where I was when this happened. It was August 2013, and I was giving a three-day workshop for faculty at UC Santa Cruz. I’d finished for the day and was driving back from campus to my hotel, listening on the radio as the game, which was being played in Washington, was winding down. The Giants were losing 3-1 and Hector was pinch-hitting with two on and two out in the top of the ninth. On a 3-2 pitch, he drilled a three-run homer down the right-field line, and Sergio Romo quickly finished off the shocked Nats in the bottom of the inning.  There were others–I remember a walk-off hit versus the Dodgers in extras on Jackie Robinson Day, and a grand slam in Colorado…Hector does have a knack for the big moment with the bat. Other stuff, though, like “blocking pitches”?  Not so much.

Anyway, welcome back, Hector, because why not?

The Case Against Trading Beede or Suarez

I am so, so, so sick of talking about and thinking about outfielders. I literally put myself to sleep at night counting them like sheep. (“Jay Bruce, Austin Jackson, Keon Broxton, Andrew McCutchen, Billy Hamilton…”) The estimable Cove Chatter even has an ongoing leaderboard about who the Giants’ Opening Day centerfielder will be, and he changes the odds as new rumors emerge, kind of like sports books in Vegas.

Aaaarghhhhhh!  We’ll know when we know. Unless we don’t.

So. Pitching. As the trade rumors have picked up, the names “Beede” and “Suarez” are in the mix, since many clubs with assets to trade want young, cheap pitching.

I don’t get it. I don’t think the Giants have the starting pitching depth to trade either of them, having dumped, I mean traded, Moore for Whataburgers and let Albert Suarez go in the Rule 5 Draft last month. Right now the assumed #4 starter is Chris Stratton, and before we get to #5, let’s ponder that for a moment.  Chris Stratton, who looked like a busted #1 pick until very recently, pretty much has a lock on the #4 spot in the 2018 rotation. Don’t get me wrong. Stratton seems like a fine young man and I hope the nice run he had in August and September, taking over Cain’s rotation spot, was for real. He actually was pretty good, except…don’t look at the walks or the WHIP. Yikes. Let’s just say this is not a lock.

In the #5 starter spot, you have Ty Blach, who looked like a rotation fixture for years to come…until he didn’t anymore. And to back up those two not-quite-locks–or any misfortune that might come to Bumgarner, Cueto, or Samardzija (hey, it’s not like it hasn’t happened before, and Shark could be the one concussed the next time Strickland starts a brawl)–are Tyler Beede and Andrew Suarez. Now, of the two, Suarez had the better year by far, but in the wacky world of “preserving inventory,” Beede has the inside track by virtue of being on the 40-man roster already.

After Beede and Suarez, there’s…well, pretty much nobody. The only other starting pitchers on the 40-man roster are the erratic PEDs cheater Joan Gregorio and Dan Slania, who was so awful in AAA that he got deported back to AA, from whence, oddly, he…made his major league debut. Indeed, Dan Slania was the best pitcher on the Giants in 2017! That’s just science, folks.

Below that short and rather desultory list, the next viable pitching prospects finished last season in San Jose (Garrett Williams and Shaun Anderson). So it really does seem that the Giants need to keep both Beede and Suarez. Here’s another issue: innings. Chris Stratton’s career high as a pro was 148 innings in 2015. Beede’s was 150 innings in AA in 2016. Blach is an innings-eater–over 180 innings in 2016 between AAA/SF–but is he really going to be in the rotation all year? I have my doubts. Suarez pitched 155 innings between AA/AAA in 2017. It would seem that the Giants may need to cycle several of those four guys through the rotation this year.

Free agents? Sure, but unless the Giants are giving up on staying below the CBT line, they have to use their remaining pennies for outfielders. And the likes of Scott Feldman (turning 35 in February and coming off knee surgery) on a minor league deal should be strictly considered “emergency depth,” not “rotation stalwart.” Nate’s Fan Mom mentioned last night that the Giants could/should/will restock pitching through the draft this year, but that’s a plan for around 2020-2022, not next month.

The Giants have had several AAA pitchers knocking on the door the past few years. There was Chris Heston, the accidental starter, who suddenly became part of the 2015 rotation when Cain and Peavy went down on the same day in early April and then blew everyone’s mind by throwing a no-hitter in New York in June. There was Clayton Blackburn, who won the PCL ERA title in 2015 and looked to be the next guy up when the Giants needed a starter…except that the moment never came. And, of course, there were Blach and Stratton, who are clearly part of the 2018 mix.

Beede and Suarez are a little different, though. With the exception of Stratton, none of the other guys I just mentioned had the draft pedigree. And Stratton was so persistently mediocre in the minors that he didn’t make his major league debut until he was almost 26 and didn’t crack the rotation until he was almost 27–and in both of those instances, it was due more to desperation (other pitchers injured or awful) than because Stratton had forced his way into the picture with his performance.

We all know that the Giants’ 2010 World Series rotation was made up entirely of homegrown young pitchers who had been drafted between 2002-2007. Since then, though, it’s looked like this. I’m listing just their first- and second-round picks for the last ten years, with comp picks in (parentheses). Starting pitchers are listed in bold.

You can see that after Bumgarner was drafted in 2007, the Giants haven’t used many top draft picks on pitchers–just seven total in ten years. Of those seven, Zack Wheeler and Phil Bickford were pretty quickly traded, Martin Agosta has struggled with injuries and hasn’t pitched since 2016, and Kyle Crick is now a reliever. That leaves exactly three starting pitchers drafted in the top two rounds in the last ten years who are available to be in the 2018 rotation: Stratton, Beede, and Suarez. Now, draft pedigree doesn’t guarantee success. But it doesn’t mean nothing, either. Chris Heston, Clayton Blackburn, and Ty Blach were not top picks. Beede and Suarez were. The two of them, and Stratton, are the closest the Giants have come in a decade to producing homegrown quality starters. They’re not going to make anyone forget Cain, Lincecum, and Bumgarner. But the Giants had better think long and hard before getting rid of any of them (and please, not for a guy who’s almost 28 and has hit .220 in the major leagues!).

Each week I say that this next week has to be the one where something happens. And no, I did not mean bringing back Hector Sanchez on a minor league deal. Something. Hoping for more to talk about next week, and–Lefty out.