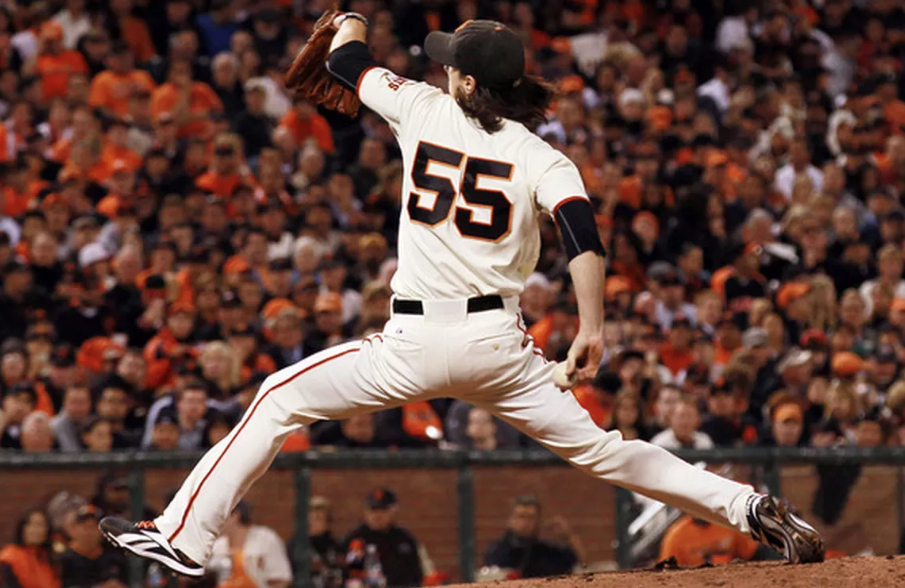 Word on the street is that Timmy hit 93 MPH on the gun in his tryout before Major League scouts yesterday. I always hated the word “Showcase”. Evidently he is super fit without “an ounce of fat” on him and he is also a bit bulked up, in a good way. It seems Tim Lincecum is not giving up on his Major League career just yet and the resulting speculation is starting to get very interesting indeed.

If Timmy really can gas her up to 93 then he has value, even as a middle or short reliever. As a starter it will remain to be seen what kind of ability he has to maintain that velocity and keep his mechanics consistent. Since he has not pitched since 2016 there are many question marks.

If you recall, Timmy’s velocity actually started to decline in 2010. He was still a great pitcher up to about 2013 when his confidence and mechanics went south along with his fastball. Once Major League hitters no longer feared his fastball they could sit on his change up, which he threw too often, especially when he was behind in the count as a result of trying to be too fine since he no longer trusted his stuff.

I am rooting for him. His value will be relatively high if more than one team thinks he can help. I just cross my fingers that if the Giants don’t sign him that team down south doesn’t either…