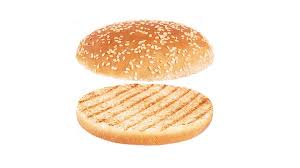 Silly me last Saturday, thinking something might actually happen this week. The Baseball Winter Meetings were mostly a big nothing burger (again), and I might even quibble that it’s not actually “winter” yet, according to the calendar. The Giants did get a Bergen and a Gerber, and that’s almost a burger, but not quite.

There were a few free agent signings (Andrew McCutchen to the Phillies at 3 years/$50 mil was the most notable), one three-team trade that came together after the meetings in Vegas ended, a lot of Scott Boras quotes, and the Rule 5 draft. Remember when the “awesome free agent class of 2018” was a thing? Zzzzzzzzz

The Giants did add three new young guys to their 40-man roster this week, two from the Rule 5 Draft (and it’s highly unusual for anyone to take TWO players from the major league portion of the Rule 5 Draft) and one a waiver claim.  They entered the Giants’ top-30 prospects list immediately at positions #26-28. Let’s meet them in ranked order.

The Giants do seem to have a type, don’t they? Will Smith is a bearded gingery guy. So is Sam Dyson. So was the now-departed Pierce Johnson. So here’s Bergen.

Bergen is 25 and was claimed in the first round of the Rule 5 Draft from the Toronto Blue Jays organization. He’s from Georgia (of course), and was a 7th round pick in 2015. He had Tommy John surgery early in his pro career, so 2018 was his first full season as a pro, and he did very well, throwing 56.1 innings across high-A and AA and ending the year with a sparkling 0.95 ERA, a 1.01 WHIP, and a K/BB ratio of 74/15 with only two HR allowed. His overall pro stats are very good. Here is how Baseball America editor JJ Cooper described Bergen.

Travis Bergen, the newest #SFGiants (from JJ Cooper):
"Bergen's high spin rate fastball baffled hitters, especially as he matches it with a solid curve. He's able to handle RHHs and LHHs & could be more than a matchup LHP. Statistically he's one of the best pitchers available."

Together with the rumors that the Giants are shopping Will Smith and/or Tony Watson, the addition of Bergen seems like a useful depth move.

Ferguson was the second-round Rule 5 pick, claimed from the Astros’ organization. Ferguson is 26 and from Tennessee. He was a 19th-round draft pick in 2015 and played for AAA Fresno last year, putting up a nice slash line of .305/.436/.429/.866 in 253 ABs. He was an All-Star for AA Corpus Christi in 2017. He’s right-handed and listed as a centerfielder, so he may have been acquired to platoon with Steven Duggar. It appears that his OBP (.393 in over 1200 minor league ABs) may have been the primary attraction.

Just as you gained a sense from the Brian Sabean era about the types of players he valued and the attributes he targeted, the same is becoming true for Zaidi now. For hitters and pitchers, strikeout-to-walk ratio leaps off the page.

Mike Gerber was claimed off waivers earlier this week from the Tigers. Like Ferguson, he’s 26 and from Tennessee; he bats lefthanded. He’s the only one of the three with major league experience, having had a forgettable 47 plate appearances with Detroit in 2018. His minor league stats are not as impressive as Ferguson’s, but he plays all three outfield positions and appears to have a bit of pop and a bit of speed. Looks like he may push Austin Slater for a fourth outfielder job.

Am I imagining that Gerber may also be a little ginger-y?

These rumors are worth pretty much nothing (burger), but it’s all we got right now, so…

4. The Giants are reportedly inquiring about modestly priced free agent starters (such as Lance Lynn, who signed with the Rangers).

5. The Giants are also inquiring about Toronto CF Kevin Pillar, per Alex Pavlovic.

Pavlovic had this to say about his Winter Meetings experience:

My main takeaway from Winter Meetings is that Giants people realize they handed Zaidi a subpar roster/terrible payroll situation and they’re willing to be patient. They’re not really in on big names right now. This will be methodical, not splashy, but it’s the right direction.

I’m not going to make any predictions about the coming week, but exactly this time last year, we went on a pre-Christmas vacation and the Giants traded for Evan Longoria while we were on that trip. We leave Davis for our pre-Christmas vacation today around lunchtime, so…maybe something will happen this week.

Aloha, and Lefty out.