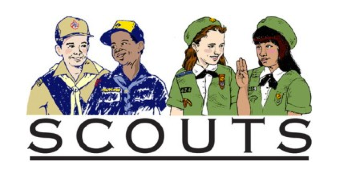 Greetings from sunny Anaheim, California, where I am literally looking out at Disney’s California Adventure from my room at the Hilton Anaheim. I’m here to give a workshop tomorrow morning as part of a conference being held here, and me and the Mr. are driving to Long Beach this morning to visit his folks for the day. No Mickey Mouse stuff for us on this trip, though.

Baseball’s annual Winter’s Meetings kick off tomorrow in Las Vegas. This traditionally is a huge week for free agent signings and trades, but last year it was a big nothingburger. Signs are pointing to more activity this year. There have already been several huge trades involving names like Robinson Cano, Paul Goldschmidt, Edwin Diaz, Jean Segura, and James Paxton. One of the top three free agents, Patrick Corbin, is off the board before even the second Advent candle has been lit. And there are all kinds of rumors flying around, including ones from a fake “Jon Morosi” account, which last night had Kimbrel signing with the Dodgers and Harper with the Giants. ‘Tis the season.

But let’s get on to some Giants news.

It’s been quite a week for John Barr, the former head of amateur and international scouting for the Giants. Last Friday, it was announced that he’d won a “Legends in Scouting” award. One week later, his replacement had been hired by the Giants. It was unclear whether Barr would remain with the organization.

New President of Baseball Operations Farhan Zaidi remade the Giants’ scouting department this week, hiring Michael Holmes from the A’s to oversee amateur scouting and Zack Minasian from the Brewers to lead pro scouting. Along with the hiring of former GM J.P. Ricciardi earlier this week, the front office overhaul is well underway.

Not to revel in someone losing his job, but a leadership change in scouting was long overdue, and it was painfully obvious how necessary it was. The Giants’ lack of overall talent has been apparent for years at all levels of the organization, with minor league affiliates finishing in the cellar, the farm system overall always ranked in the bottom third and sometimes even in the bottom five, and journeymen like Jerry Sands (a footnote in the blockbuster trade for Adrian Gonzalez between the Red Sox and Dodgers in 2012) being named “organizational All-Stars” in 2018(!). So it’s exciting to see someone from the A’s, who keep producing great young talent, coming to the Giants.

As for Barr, he’ll always be known for his first draft with the Giants (in 2008), taking Buster Posey with the #5 pick and three-time Gold Glover/two-time All-Star Brandon Crawford in the fourth round. Perhaps he’ll also be known for his last two first-round picks, Heliot Ramos and Joey Bart. In between, though, it was pretty grim. The best first-round pick between 2008 and 2017, if you don’t count Zack Wheeler, who never actually pitched for the Giants, is Joe Panik, and he does have a World Series ring, a Gold Glove, and an All-Star berth on his resume. Beyond him, you have busts like Gary Brown and Phil Bickford, near-busts like Chris Stratton, and possible/likely busts like Christian Arroyo and Tyler Beede.

Anyway…it was time for a change.

Zaidi is known for his creative and under-the-radar building of rosters through talent that was overlooked and disregarded by other organizations (see Taylor, Chris, and Muncy, Max). The scouting office reboot is a good start to that process. The Giants have not added anyone new to their major league roster except for the three minor league pitchers they protected from the Rule 5 Draft, and they’ve cut some players. However, Zaidi’s been quietly making pickups through minor league deals, most notably the pickup of veteran backup catcher Cameron Rupp, who hit 14 homers for the Phillies in 2017. Rupp was signed to a $750,000 minor league deal with an invitation to spring training. Rupp is not known as a great defensive catcher (bad pitch-framing stats), so this is a depth move that may preclude another return for Nick Hundley. (Mr. Lefty cracked that Bochy doesn’t want Hundley back because he’s worried Hundley will take his job.) The Giants already have Aramis Garcia on the roster, and depending how quickly Joey Bart climbs the ladder, they might not need much more–but knowing how Zaidi rolls, there probably will be at least one more catcher acquisition.

Our buddy Kyle from Cove Chatter made a little spreadsheet (before the Rupp announcement) of the Giants’ minor league signings so far. The most interesting names are Henry Ramos, older brother of Heliot, who most recently played outfield for the Dodgers’ AAA team (so obviously well-known to Zaidi) and Kieran Lovegrove, a South African pitcher whom Zaidi was “excited to land” because there was “a lot of competition for him.”

"There was a lot of competition for him, so we were excited we were able to land him.”

Check out Kyle’s spreadsheet, which includes scouting reports and videos of each player the Giants have added. Kyle does nice work. It’s worth remembering that, in the “stockpiling talent” category, the one area where the Giants have done reasonably well lately is in adding minor league free agents, for example Dereck Rodriguez and Alen Hanson last year. So even though these aren’t the moves that give you style points, they can be the foundation of a strong organization–along with drafting and developing good amateur talent, of course.

When the news about two former major leaguers, Luis Valbuena and Jose Castillo, being killed in a car accident in Venezuela broke the other night, we all nodded sadly. Seems like there are several of these every winter, usually involving minor leaguers and slick, winding roads in the Dominican Republic. But this time, it appears there was foul play: the deadly accident was caused by robbers throwing rocks in the road to disable the car and rob its occupants.

Castillo was primarily known as the Opening Day third baseman for a very bad 2008 Giants team. You have to be a pretty big Giants diehard to remember that. He did, however, feature in a snazzy highlight, starting a 5-4-3 triple play.

RIP, and at least they caught the bad guys who did this to them.

Should be an entertaining few days, and not just for Giants news. Bryce Harper is from Vegas, and you know he’d like to be the center of attention there, but Boras clients don’t usually sign early. On the other hand, it sounds like his talks with teams are well underway, as the Nats owner just said that he assumed they were “out” on Harper. Will there be more blockbuster trades? Will Machado sign with the Phillies? Will the Giants actually make an intelligent pick in the Rule 5 Draft this year? (Last year at #2–SMH)

Stay tuned, and there should be plenty to talk about. Lefty out.