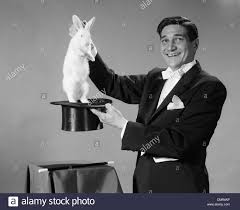 This is the slow part of the offseason. Awards have been given out, minor leaguers have been added to 40-man rosters, and others have lost their 40-man spots. We’re still more than two weeks away from the Winter Meetings (Dec. 9-12, in Las Vegas). Oh, and it was Thanksgiving this week, so GMs and free agents and their representatives were eating turkey, not cutting deals. Not much to talk about right now, so…something from nothing, here we go.

Get to know your 40-man additions

To protect minor leaguers from the Rule 5 draft, they had to be added to a 40-man roster by midnight ET on November 20 (if they had a certain number of years post-drafting/signing). The Giants chose to add only three young pitchers. Two were widely expected. Logan Webb was the biggest breakout pitching prospect of 2018 for the Giants. Webb was a 2014 fourth-round draft pick out of Rocklin High School near Sacramento (where he also was the star quarterback). He had Tommy John surgery in 2016 and was eased back into service in 2017-18. He had a great year in San Jose and was promoted to Richmond for the last month of the season. He just turned 22 last week. Here’s a scouting report with video from June of this year.

The second sure-thing was Melvin Adon, who turned heads with his relief work in the Arizona Fall League, striking out 21 against only three walks in 12.1 innings and hitting triple-digits. Adon, who is already 24, has been used primarily as a starter in the minor leagues (the Giants signed him at the ancient age of nearly 21 out of the Dominican Republic), but he could be fast-tracked as a reliever. He finished last year in San Jose, and I see him starting in Richmond.

The third add, Sam Coonrod, was a bit of a surprise. The Giants’ fifth-round pick in 2014, Coonrod was considered one of the team’s better pitching prospects a few years ago, but Tommy John surgery cost him most of 2018. In a nice round-up article on the three additions, Alex Pavlovic speculates that the Giants may view him as a future reliever.

There were a couple of surprises in the “not-added” category: Sam Wolff (obtained from the Rangers about a year ago for Matt Moore), who had an excellent Arizona Fall League season, and Juan DePaula, who just came over from the Yankees organization in the McCutchen trade in late August. I think Wolff and Tyler Rogers (whom the Giants have failed to add for several years now) could be at risk in the Rule 5 draft; DePaula may be too buried in the low minors to lose. In any event, the moves and non-moves demonstrate that the new boss, Farhan Zaidi, is serious about using every single 40-man roster spot judiciously. Along similar lines, last year’s Rule 5 draftee, Julian Fernandez, was put on waivers and then claimed by the Marlins, and Chase Johnson was taken off the 40-man and outrighted to Sacramento.  With the new additions, the Giants are down to 36 players on the 40-man roster, and there’s still room to prune if Dr. Z thinks it’s time to let go of Josh Osich or Derek Law.

Alex Pavlovic had a piece yesterday noting that Zaidi pulled off a massive swap with the Atlanta Braves last year that turned out great for the Dodgers–they not only dumped enough salary to stay under the CBT line for 2018, but they also ended up with an All-Star season from Matt Kemp, who was not originally expected to play for them at all after the trade. (The Braves won their division, so I guess it turned out OK for them, too.) Anyway, Pavs was speculating about who, if anyone, Zaidi could offload from the Giants’ underperforming and top-heavy roster.

For the second time in a couple months, majority owner Charles Johnson has come under fire for his political donations. After an embarrassing episode in October when his contribution helped fund a racist radio ad in Ohio–that he later repudiated in a rare public statement–he and his wife on Tuesday donated the maximum amount to controversial GOP Senate candidate Cindy Hyde-Smith, who’s facing a runoff election in Mississippi next week. Hyde-Smith drew attention by joking about public hangings (in a state notorious for its lynchings of African-Americans), leading to several high-profile corporations such as Walmart and AT & T withdrawing their support. The Johnsons’ contribution was made nine days after these remarks became public. Here is Henry Schulman’s report about the donation.

Now, it’s not surprising that a well-heeled Republican might make a donation to a GOP candidate in a close race that will help determine the balance of the Senate. And I assume that most American sports team owners would lean conservative. But it’s a shame that a man who owns a team in progressive San Francisco would keep putting his organization into an awkward light with its own fans.

Aaaaaaand…that’s all I have for Giants news and commentary this week. I was digging deep as it was. Have a pleasant rest of the holiday weekend. Lefty out.