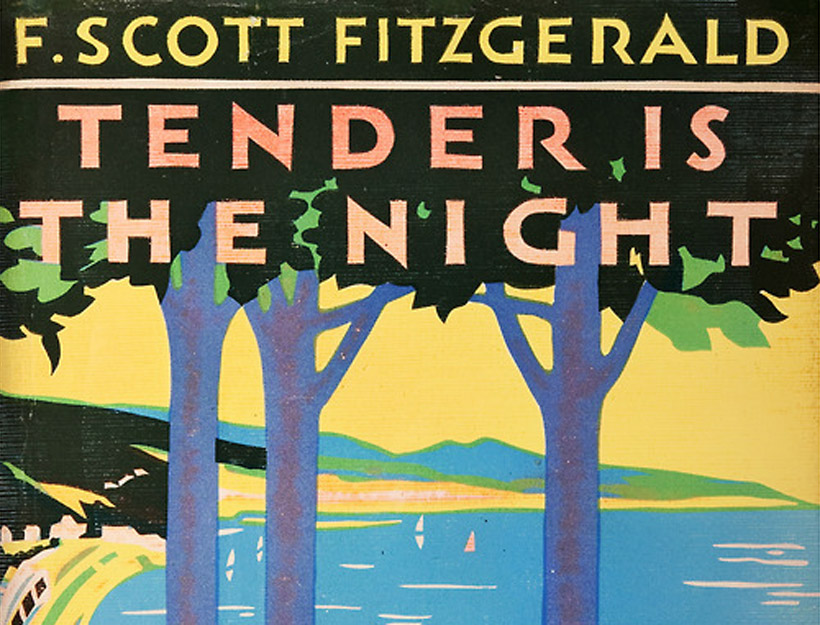 With last night being the deadline to tender arbitration offers to eligible players (or not), I woke up thinking about “Tender is the Night” as a possible riff for the post. This was the name of the final novel by F. Scott Fitzgerald, one that some fans think is better than The Great Gatsby. The book was made into a movie in the early 1960s, and our own Tony Bennett recorded the title song, which was nominated for an Oscar and was included in his album–wait for it–“I Left My Heart in San Francisco.” (Jackson Browne wrote and recorded a different song by the same name in 1983, but stay with me.)

The Giants had five arbitration-eligible players (after already DFA’ing Kelby Tomlinson), and as recently as two days ago, Andrew Baggarly was on KNBR predicting that all five would be tendered contracts or offered arbitration. But this is a new era, and it’s hard to predict what the new Boss Man is going to do. The final results were mixed. Two players were signed to one-year deals, meaning they avoid arbitration. Two were not offered arbitration (or were “non-tendered”), and are now free agents. And one lone player (Will Smith) is still in the arbitration pipeline, meaning that the Giants will either agree on a contract with him or go to an arbitration hearing sometime in January (highly unlikely). Let’s take the three outcomes one at a time. I’ll also make some brief comments on notable non-tenders by other teams.

There were rumors swirling that the Giants might actually non-tender Panik, but I never really believed it. The guy is a homegrown first-rounder, was a key part of the last championship team, and has been an All-Star and a Gold Glover. And he just turned 28 years old. Were they really just going to cut him so that Alen Hanson or Abiatal Avelino can play 2B? Nah.

Panik was predicted to earn more ($4.2 mil) by MLB Trade Rumors, so the Giants signed him back at a bit of a discount. It’s not surprising he agreed to a deal–he had the worst year of his career, with a couple of significant injuries. Furthermore, there are some good 2B options available on the free-agent market, so he probably didn’t want to be cut loose at this point in time. For what it’s worth, Fangraphs projects him to have a bounce-back season with a 2.3 WAR and a wRC+ of 104 (slightly above league average), and if that’s what happens, $3.8 million will be a nice value for the Giants. Panik continues to be very hard to strike out, and his defense took a positive turn after a troubling regression in 2017. This is a good and relatively low-risk move for the Giants. A manageable contract also allows the Giants flexibility if they go a different direction (e.g., signing Dozier or LeMahieu) and want to trade Panik. An interesting possibility, given Dr Z’s fondness for versatility, would be for Panik to start doing some work at SS (to back up Crawford, and let’s remember that Panik was drafted as a SS and played there in the minors until he hit AA) and 3B.

I am more surprised by the Giants’ retention of Dyson at $5 mil. He was a useful cog in the Giants’ bullpen last year, but I saw him as maybe the fourth- or fifth-best reliever (depending how you were feeling about Melancon or Strickland that week). With drama swirling around Melancon (sudden scratch right before Opening Day and out for two months), Strickland (more on him in a minute), and the triumphant return of Will Smith, Dyson was just kinda there.

So what was I missing? Think like Dr. Z, I told myself. So I looked Dyson up on Fangraphs, and–huh. He actually had a pretty decent year, with the peripherals all trending in the right direction–strikeouts up, walks and homers down, a workhorse-like 70 innings, and a modest but positive WAR. $5 mil still sounds like a lot to me, especially with so many free-agent relievers on the market, but I guess the Giants like what they see in terms of the stuff and his closer experience.

This was a no-brainer. After missing the entire 2017 season following Tommy John surgery, Smith returned to the mound in early May. When the closer job, um, suddenly opened up in mid-June, Smith grabbed it and did not relinquish it even after the former closers (Melancon and Strickland) returned from their injuries. He also won the 2018 Willie Mac Award and will now be the answer to a poignant Giants trivia question: Who was the last Giant to have his award announced and handed to him by Willie McCovey himself?

Bobby Evans obtained Smith at the 2016 trade deadline for Phil Bickford and Andrew Susac. Even with Smith out for a year, that looks like one of the best trades Evans made during his tumultuous tenure as Giants GM.

Non-tender is the night: Hunter Strickland and Gorkys Hernandez

Strickland has been a Giant for longer, and I have more to say about him, so we’ll start with the Gorkster. Hernandez spent two full seasons, plus September 2016, on the Giants’ roster–and many felt that factoid tells you everything you need to know about the 2017-18 Giants. However, that would be unfair. It’s true that Gorkys was an underachieving journeyman pushing 30 when he finally broke through with the Giants. But he was, surprisingly, second on the 2018 Giants with 15 homers (and while that tells you some bad things about the 2018 Giants, that’s not HIS fault), and he was a competent outfielder who could play all three spots. In an era where the Giants went through a frankly ridiculous number of outfielders (especially in 2017), Gorkys managed to stick. He clearly earned some trust from Bochy, the coaching staff, and the front office, and he deserves credit and respect for that. And I’m honestly surprised they’d cut him loose at this point, leaving a very raw group of outfielders on the roster (Steven Duggar, Chris Shaw, Austin Slater, and Mac Williamson). Those four guys have a combined 872 major league plate appearances. (Without looking it up, guess which of the four has the most PAs? You might be surprised.) Hopefully there’s a plan that doesn’t involve Alen Hanson or Brandon Belt playing very much left field.

Don’t hit the door on the way out, Meathead (h/t to justpeachy for the line)

I’m going to try not to be TOO gleeful about the departure of Strickland. After all, he’s a human being with a family and he’s out of a job.

OK, that ends my moment of respect for him.

Strickland, believe it or not, was the longest-tenured Giants reliever, having joined the team in September 2014. In a bit of a surprise, he beat out George Kontos for a postseason roster spot and memorably earned a save in the 18-inning NLDS classic won by a Brandon Belt home run. He also set a new record for homers allowed by a reliever in a single postseason, gave Harper some stank eye (foreshadowing), yelled at Salvy Perez for no reason during the World Series, causing benches to (sort of) clear, and basically left many of us with a bad taste in our mouths and trust issues we never really got over.

Then, of course, in 2017, there was this. I think the part that really stuck with me was around 1:35 on this video, where it took four strong teammates to drag a berserk Strickland off the field.

There were a number of adverse consequences from that brawl. Michael Morse’s career ended after a collision with Samardzija caused a terrible concussion. Strickland was suspended for six games. Buster Posey was criticized from coast to coast for not trying to stop Harper from charging Strickland.

I was surprised the Giants didn’t trade or cut Strickland after that, but they didn’t. Instead, Strickland had a great spring in 2018, grabbing the closer job when Melancon couldn’t answer the bell on Opening Day. Strickland saved the first two games (both 1-0 wins at Dodger Stadium) and went on to earn 14 saves by mid-June. Maybe he’d learned something and maybe some of us Haterz were wrong about him, and…

Nah. After a blown save on June 18, Strickland punched a clubhouse door, broke his pinky finger on his pitching hand, and missed the next two months. By the time he returned, Will Smith had taken over the closer spot. Strickland was awful the rest of the season, and his San Francisco career ended with an ignominious third of an inning in the embarrassing 15-0 shellacking the Dodgers gave the Giants in Game 162. Strickland entered in the third inning of a 6-0 game (not a good day for Andy Suarez, either) and gave up two doubles, a homer, and a run-scoring wild pitch. He was booed off the mound by the disgusted faithful at AT & T when Bochy finally came to get him.

Why was this final moment significant? Well, guess who was in the house for that?–Farhan Zaidi, then the GM of the Dodgers, who has talked about how impressed he was by the fans’ love for Hunter Pence expressed that day. (So clearly it wasn’t about some random antipathy for the name “Hunter”!)

Strickland will likely land somewhere. His overall stats for his 4+ years in the majors are decent, and maybe a change of scene will do him good.

But I can tell you one Giant who’s not sorry to see him go.

Other interesting roster decisions around MLB

The Diamondbacks decided “no thanks” on a final year of Shelby Miller, and thus ends one of the worst trades in the history of trades. To review, the Snakes had just signed Zack Greinke to a monster deal (after the 2015 season) and wanted another pitcher at the top of the rotation. Miller had had a nice 2015 season for the (very bad) Braves, making the All-Star team, and was still just 24. The Dbacks traded Ender Inciarte (a 5-win player in 2015) and Dansby Swanson (the #1 pick in the 2015 MLB draft) to get four years of Miller. Greinke, who has an unfortunate tendency to say what he really thinks (he almost started an international incident doing that once), actually criticized his new team for giving up too much in the trade, and when Zack’s right, he’s right. Miller had a horrific 2016 season, ending with a 6.15 ERA and including a demotion to the minors, and then lost most of the next two seasons to Tommy John surgery.

The Reds non-tendered Billy Hamilton, which is interesting because last year the Giants were reportedly very interested in trading for him, but the Reds’ price tag was too high. With the non-tender of Gorkys, keep an eye on that one. Yes, I know–you can’t steal first base. But Hamilton is a superb defensive center fielder, and the Giants need that, especially considering that Duggar has lost significant time to serious injuries over the last two seasons. And Hamilton has game-changing speed as a base runner. If the Giants can pick him up at a reasonable price tag, I’m all for it.

The Cubs offered arbitration to controversial shortstop Addison Russell, and the normally admirable writer Ken Rosenthal had an exceptionally bad take on the whole thing. If you read through the thread and the replies, even from Cubs fans, you will see that there was not much support for Rosenthal (or Russell/the Cubs).

Many of us often are critical of players and executives who fail to take responsibility for off-field transgressions. Addison Russell’s statement is encouraging, and Theo Epstein’s is even better – a model for how a team should deal with a player who commits domestic violence. https://t.co/Ci1Nwn3zwi

Here’s an article with a round-up of the non-tenders around baseball and some commentary.

And, of course, we’ll let Tony take us out today. Lefty out.