The Best Twenty Bucks I Ever Won – 2017 Edition 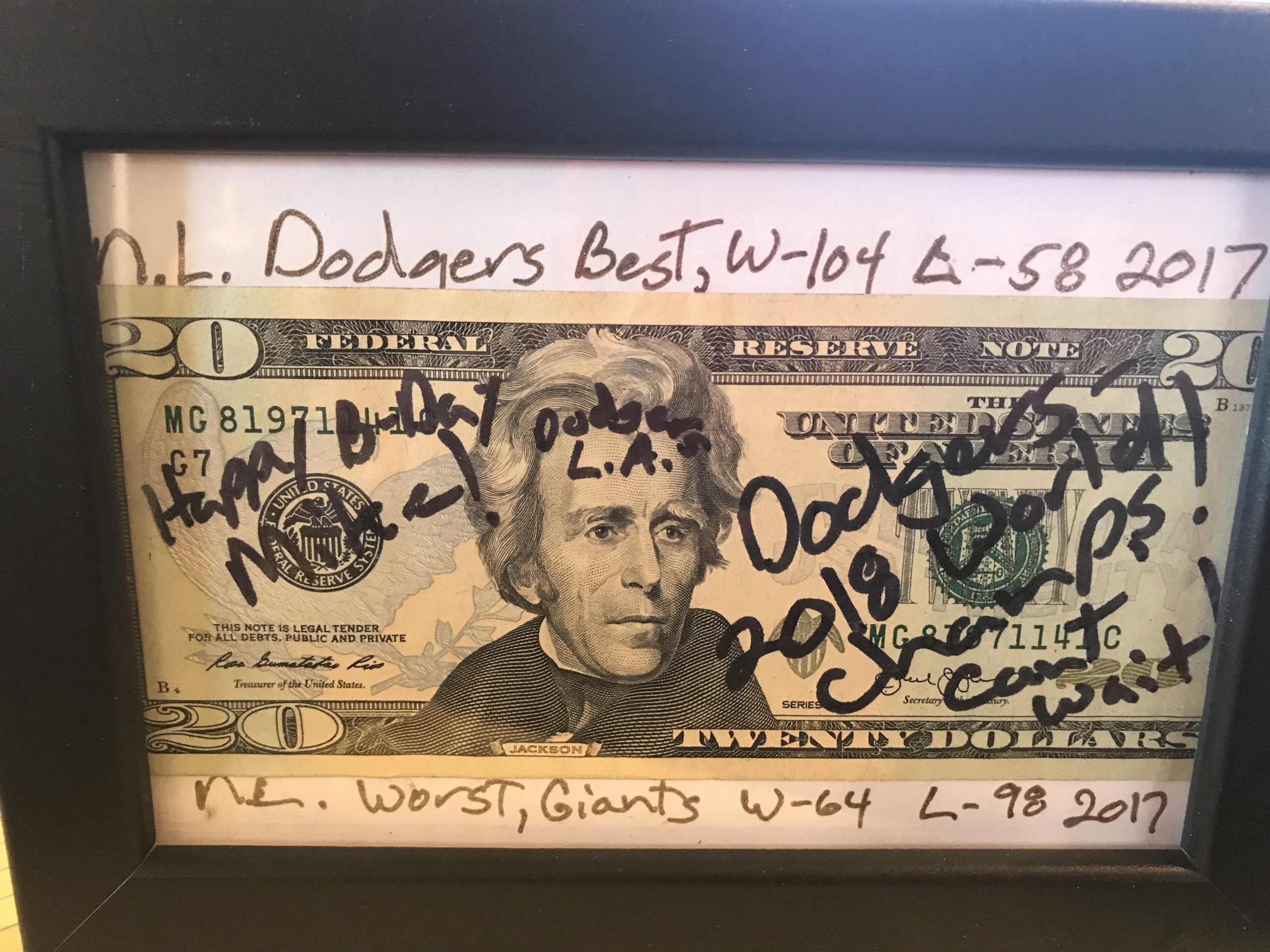 Okay, maybe it wasn’t the best twenty dollars I ever won, but it did feel pretty good–as in schadenfreude!

Ben, one of the surf instructors at Maui Wave Riders, my friend’s surf school is a big Dodger fan.  Over the past several years–at least after the since the fall of 2014, I have had to put up with him telling me how great the Dodgers were.  Blah, Blah, Blah.  The fact that the Dodgers haven’t won a World Series in the last 30 years at least made my life tolerable.

So after hearing about the Dodgers all last season, and of course suffering through the Giants having the worst record in baseball, the only thing left to root for was that the Dodgers lose the World Series. After Game One,  I got the usual text about how the Dodgers were unstoppable, etc, etc., etc..

Despite facing a 1-0 deficit, I was utterly confident that the Dodgers would find a way to lose the Series, and spare me the indignity of listening to a full off season of Dodger fan braggadocio. A $20 bet ensued, and I became the world’s greatest Astro’s fan over the next week.

Sure enough Dave Roberts and the boys came through. I stepped off a plane in Newark with the Astros facing Clayton Kershaw and down 4-0 in Game 5. I walked past an airport bar just in time to see the Astros tie up the game, fall behind again –and Kershaw cough up another lead.  It was only a matter of time till the Dodgers completed their choke, and seeing them lose game seven AT HOME was definitely the highlight of my baseball season. “Where’s your beach balls now?

Funny thing, after the gloating text following game one, I never heard another peep from Ben. I had much too much class to call or text him to rub it in. (Not really–it actually took every ounce of self-restraint to refrain from doing so.)  But at my annual birthday event a couple of weeks ago, Ben showed up with his $20 to pay off. He even put it in a frame for me, as you can see. Although pizza was being served at my birthday, all Ben was eating was “crow.”

With the addition of Longoria, McCutcheon, and hopefully full seasons of MadBum, Belt, Melancon, Smith and Sam Dyson, I’m excited to be able to enlist all of my rooting power to the Giants’ winning it all this year. As much fun as it is for the Dodgers to lose–and especially to choke–it’s many orders of magnitude better to see the Giants beat them. To show Ben what a gracious winner I am (well, maybe not)  I invited him –all expenses paid- to the 2018 World Series Parade down Market Street.  I’ll be very happy to pay off that offer!