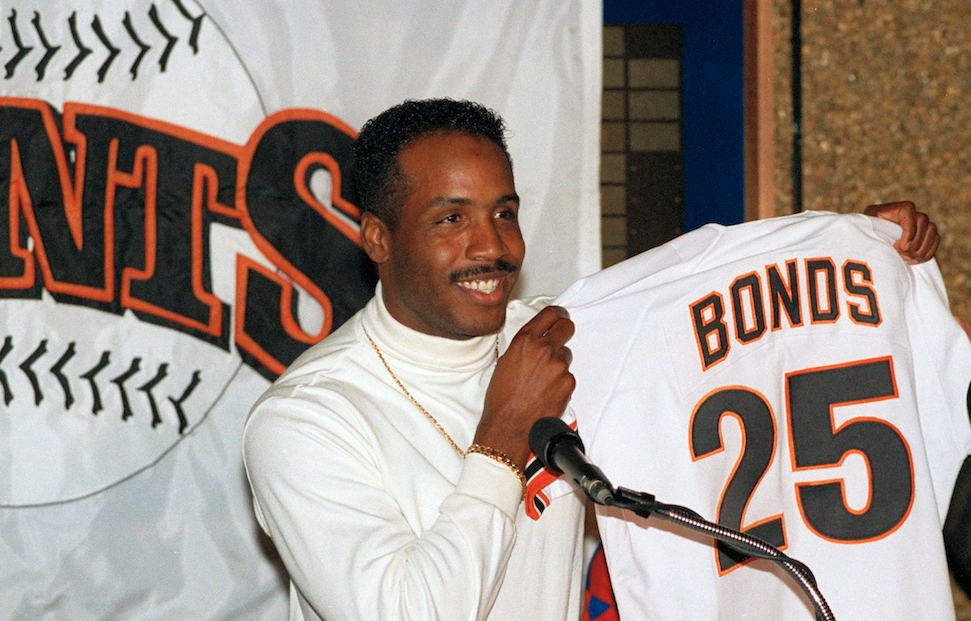 Barry Bonds was the greatest baseball player I ever saw in my 40 years of watching the great American game. He may have been the greatest ballplayer ever. I would venture to guess a contest between Barry Lamar, Mays, and Cobb would be an interesting skills competition.

The Giants just announced today they will retire number 25, the number Barry wore during his stupendous years with the team from 1993-2007. The special day will be August 11, 2018 and I guarantee you nobody will forget it.

Barry Bonds was simply a phenomenal player, one who defied all the categories and who could alter a game just by his presence in the line up. We all know about his heroics at the plate. But Bonds was also a fantastic baserunner and outfielder. Though he had largely a mediocre arm, it was accurate and he made up for the lack of strength throwing with uncanny speed to the ball.

Let me tell you my Barry Bonds story: I was a lowly Expos fan living in Montreal in 1990. I remember going to see a Pirates-Expos game at Olympic Stadium. That stadium was probably the worst place to watch Major League baseball ever built. I was sitting in relatively cheap seats on the first base side of the field above the Expos dugout. Bonds came up in the second inning and hit a line drive home run that traveled about 103 million miles per hour on a direct line that threatened to blow a hole in the concrete wall beyond center field. He hit the ball so hard the entire stadium fell silent as they were quieted by the loud twackrrakayakck of the ball launching off the bat. It was a site to behold and it basically won the game for the Pirates. I have never forgotten it.

One week after I moved to San Francisco in 1992 Peter Magowan made the bold move to sign Barry Bonds as a free agent right after buying the team. That move single-handedly saved the Giants in my opinion. Without Magowan’s vision and acquisition of Bonds, it is likely the Giants would have moved to St. Petersburg (a thought too awful to contemplate, trust me!). My first thought was that the Giants fans have no idea how blessed they are to get this guy. My second though was that he won’t be terrorizing the Expos as much anymore. 1993 was the year I became a Giants fan. Enough said.