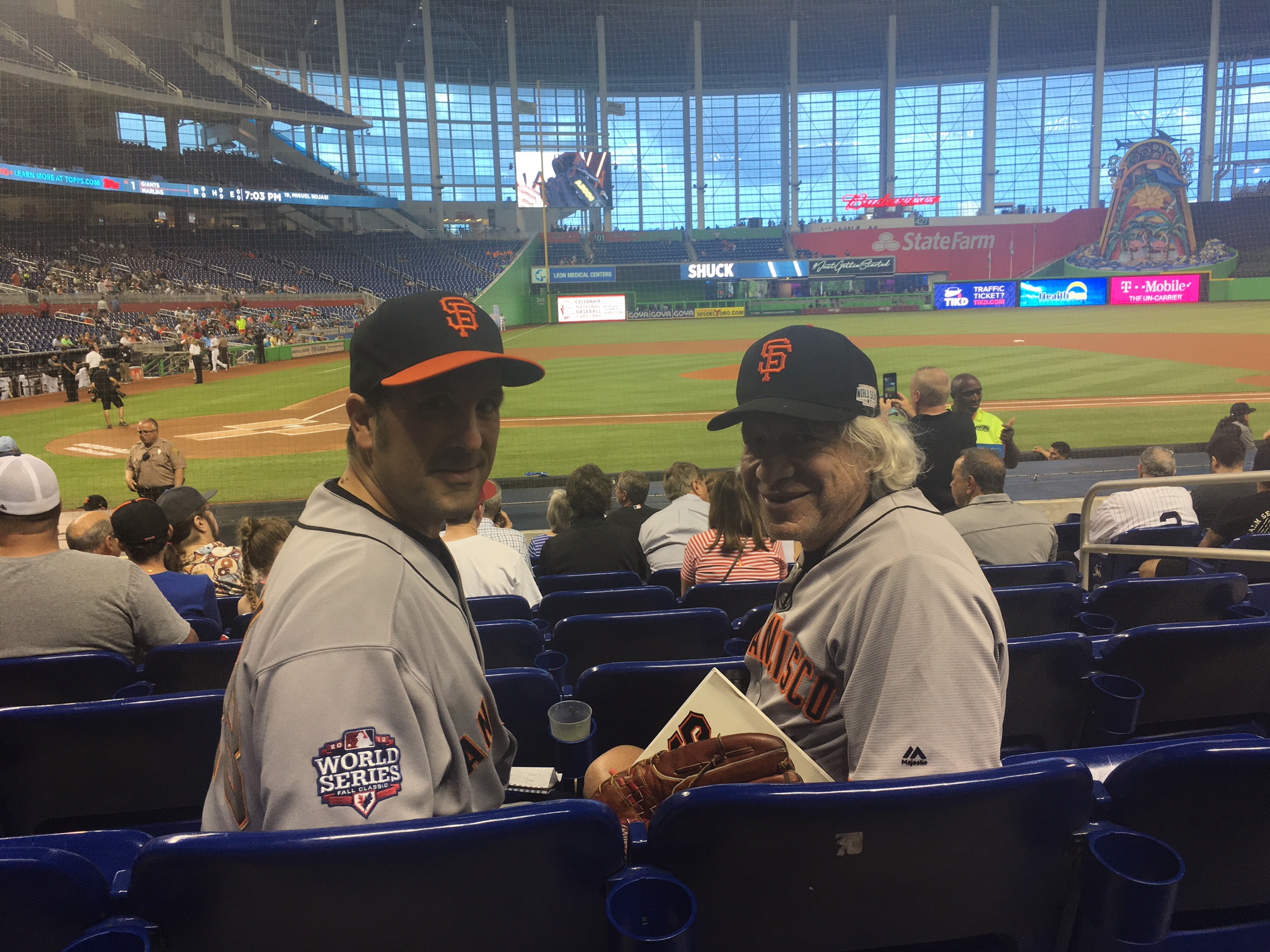 Get ready women of San Francisco. By the time this is posted, Greek Giant will be in San Francisco. He is planning to attend the final three Giants games of the season versus the hated Dodgers. So here’s the question: Should he be allowed in the stadium?

Consider the facts: (1) This is a critical series in which the Giants could extract sweet revenge by knocking the Dodgers out of the Postseason; and (2) in Giants games personally attended by GG this season thus far, he has seen the Giants win one time and lose eight.

Let’s put that in perspective. GG saw the Giants lose five in a row versus Philadelphia and Pittsburgh before salvaging a win on Mothers Day, Sunday. So, in reality that was likely undoubtedly a Giants team present his GG’s Mom, who is a huge Tim Lincecum fan.

When the Giants went to Miami, GG went to the first three games, in which the Giants led in every game only to lose each one of them.  He did not go to game 4 of the series, (in which Longoria has hit in the hand) but the Giants won in 16 innings without GG in attendance. Coincidence?

Here is some more of evidence to consider. In the games attended by VailSunshine and SurfMaui with GG, our combined record was 1-7 (.125 winning percentage). In the games we attended without GG our record was 5-3 (.600). These included wins over Max Scherzer and Jacob deGrom. Coincidence?

You can blame the injuries or players not living up to expectations, but there is another more obvious possibility. GG, this season is a complete jinx. Don’t get me wrong. GG is a great friend and a terrific Giants fan,. And his hard work and dedication to founding and keeping this blog running is legendary. However, when critical games are on the line, sacrifices have to be made for the good of the team. Despite the fact that he spent a lot of money to get to SFO (though I happen to know that although he got a pretty cheap plane ticket. hotel rooms are crazy expensive this weekend) lines do have to be drawn someplace. Friendship and hard work can only go so far.

The bottom line is this, had GG not attended those eight losses, the Giants would now be 80-77 and in third place ahead of the Diamondbacks, despite all of the injuries. So I leave it to, you, ladies and and gentleman of TWG, should GG be banned from the ballpark for the Dodger Series? I know how I will my vote (kind of like a “Reverse Willie Mac Award” for jinx fans). If you see someone looking like a movie star at the ballpark, it is probably GG. Please call security and have him ejected.

The voting booths are open until 7:15 p.m. Friday night PDT.