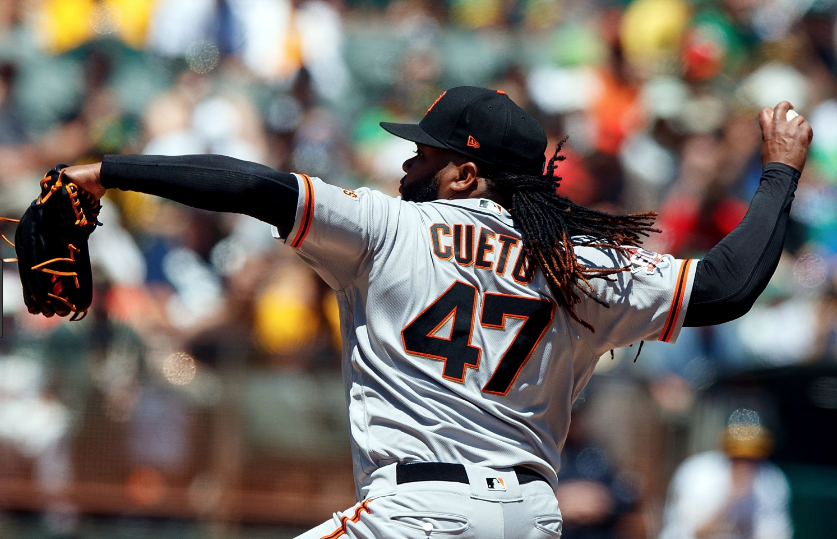 Why 5150? It’s the Giants record and this team is making me crazy:

“5150 refers to the California law code for the temporary, involuntary psychiatric commitment of individuals who present a danger to themselves or others due to signs of mental illness. It has been more generally applied to people who are considered threateningly unstable or “crazy.”

The Giants show fight. They show the ability to come back. They show largely excellent relief pitching and the occasional great start by a rookie (D-Rod, Suarez) and they show signs of brilliance but they can never escape the gravitational pull of .500 baseball, no matter how hard they try.

When Khris Davis hit is second homer of the game yesterday every pitch he saw from Mark Melancon was above the belt. Not only was I thinking that the Giants reliever is playing with fire. Not only was I thinking that Melancon was a terrible signing and an example of a front office over-paying and over-reacting to a need. I was thinking that the Giants don’t have a Khris Davis and could use one. What I mean is Khris Davis is a hitter who goes up to bash every time up. He is aggressive and intimidating. His at-bat against Melancon was super impressive because he took a high slider on the outside part of the plate and simply smashed it into the right field bleachers. Andrew McCutchen barely turned around.

Are the Giants out of it? Well, not mathematically. Do they have the horses to compete in the very strong National League? Probably not. While I am not yet willing to count the team out this season it appears more and more likely that the Giants will need a complete overhaul, from the front office to the field if they ever want to sniff a World Series again. When they won it all in 2010, 2012 and 2014 they had dominant seasons from at least one player (Timmy, Buster, Cain, Bum, etc). They don’t have a single player performing at this level anymore. I have always believed a championship team needs at least one superstar performance from a player to carry them to the promised land. The game has changed a bit. It’s younger, more athletic and more about power, less about small ball. The Giants seem to have been left behind in all of this because of their seemingly sensible commitment to sticking to the philosophy of dominant starting pitching and small ball hitting that won them their three recent rings. The problem is they don’t have the players to carry through on this philosophy anymore.

They don’t have a Timmy or a Matt Cain on the horizon and Bum, despite flashes of brilliance, may simply not be the dominant postseason ace anymore. He may still be a strong starter, say a number 2 but his continued lack of command and drop in velocity make him very mortal.

If the Giants and their ridiculously huge payroll amount to a .500 team (Please don’t blame injuries! They are a product of the team’s decision to sign pitchers past their prime, older than 30 and with a TON of mileage on their arms and legs, like Melancon, Smarge and Cueto to Gigantic contracts) then they need to re-think and re-evaluate their entire organizational philosophy. What is most galling about losing 4 of 6 to the little brothers across the Bay is that the Oakland way of counting pennies and emphasizing youth, speed and power at the plate appears to be better than the Giants way of doubling down on their veteran championship blood core and complementing it with players like the aforementioned pitchers and Cutch, Longoria and Austin Jackson.

One of the realizations I have had this weekend watching the series is this: The Giants veteran core is simply not producing enough. Posey, Craw and Belt are having respectable seasons but they are not good enough and consistent enough run producers to carry a team. Joe Panik, if he is part of the core, is not having a good season for whatever reason, be it injuries or problems of another nature. Hunter Pence is done as an effective ballplayer.

It may be the Giants core has gotten old and is also on their downside. It may be that the Giants veteran acquisitions are not good enough to counter this trend.

If Johnny Cueto’s arm is shot he needs to have surgery asap and fix it. He barely broke 90 on the gun yesterday and relied mostly on smoke and mirrors to keep the Giants in the game. At this rate he is at best a number 5 pitcher but he is being paid like an ace. Ditto Jeff Smarge.

What I would give to be in the Giants ownership meetings these days…..

5150 is also the title of a decent Van Halen album released in 1985. It was the first Van Halen record without David Lee Roth and with Sammy Hagar. I wanted to hate it. I really did but I remember buying it as a 16 year-old who just had to hear the latest riffs from Eddie Van Halen. I ended up, begrudgingly, liking it.