A Beautiful Day at the Yard: Giants Sweep Phillies With 6-1 Triumph 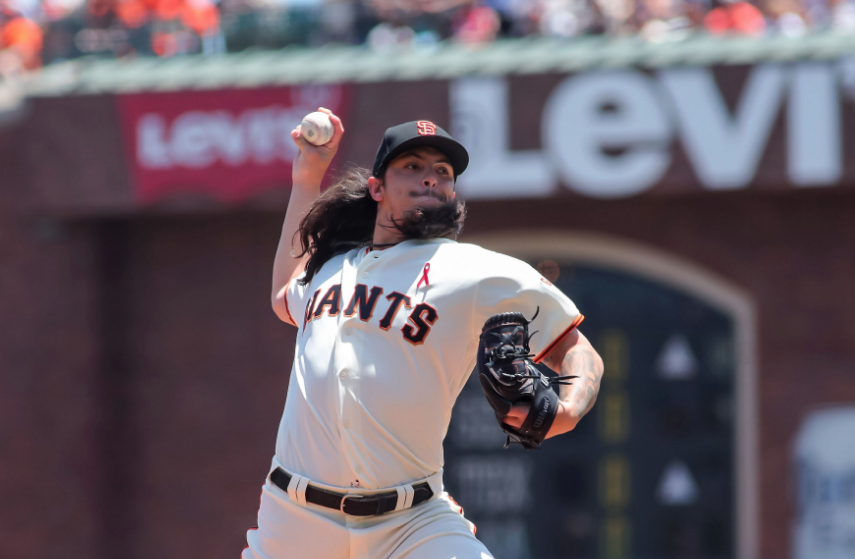 One of the things that most impresses me about Dereck Rodriguez is his swagger. He smiles a lot. He has the look of real confidence, not the fake, forced kind but the genuine “I’m going to beat your ass” type that many great competitors (and winners) have. Coming from a rookie making his first Major League start and only second appearance, this attribute is an eye-opener. When I watched him pitch in Denver las week I was impressed with his stuff. He had a decent outing in a garbage game but Bruce Bochy was wise to let him get his feet wet against the Rockies before throwing him to the lupine hitters of Philadelphia.

His performance: 6 shutout innings, 5 hits, one run (we’ll get to that later), six Ks and one walk. It wasn’t just the results that impressed me and the 40,000 + faithfull at Willie Mays Field on a lovely Sunday afternoon. No, what I loved was how DRod seemed to find a molten will of urgency and commitment to over power Phillies hitters when he was getting into trouble. There were many crucial spots early in the game when the Phillies had runners on and Mr. Rodriguez was able to get the big strikeout and escape damage.

Most swinging strikes by a Giants starter this year

I like to question myself when I find another human being annoying. I want to be fair, check my biases and stupid attitudes at the door and give that person a fair shot. I am often overly nice to him/her in a kind of self-imposed attitude adjustment. When it comes to athletes I try the same thing mentally, finding things in their athletic performances to appreciate and respect. In the case of Jake Arrieta…

Wanting to win is one thing but publicly lashing out at your organization and teammates after a loss is another. My instincts about Mr. Macho Beard appeared to be accurate after all and one hopes, for the good of his team and his reputation, he finds a way to apologize and redeem himself.

Maybe he just needs a hug from Maikel Franco.

Maybe it’s the faux machismo.. or the stupid black beard… or the flat brimmed cap.. or I don’t know, his general Cubness? Then he goes and hits a lead-off homer in the top of the third off Dereck Rodriguez and my annoyance turned to anger. As the game continues Arrieta is absolutely dominating the Giants throwing strikes early, initiating weak contact and throwing only 62 pitches to start the sixth.

In the bottom of the sixth inning Mr. Macho Beard then knocks down Gorkys with some chin music of the aggressive sort. Gorkys dusts himself off, hits a single and begins a five run rally culminated by Andrew McCutchen’s three-run homer just inside the right field foul pole on a high curveball.  Joe Panik had a huge day and series, going 6-11. He tied the game up yesterday with a single off a curveball just after he missed a double down the right field line. Panik’s return has indeed energized the Giants, solidified their defense and lengthened the line up. When BB9 comes back this is going to be a hitting attack to be reckoned with.

The Giants are now 29-30, 2.5 games out of first, behind the Diamondbacks and the Rockies, who got their Rocky Mountains kicked by the Dodgers over the weekend. This division is now a four team horse race and a war of attrition.

This was a fabulous win for many reasons. The emergence of Dereck Rodriguez could be a major development of the Giants who are in desperate need of reliable starting pitching. Joe Panik, Alen Hanson, and Mark Melancon all returned for this series. Melancon pitched an absolutely dominant seventh inning, striking out the side. The bullpen is now officially a strength which means if the Giants get the lead through five, the starting pitchers will be asked to do less taking some pressure off them and making things more difficult for opponents.

The Draft is today. The Giants are going to pick second, a player who will win the 2021 World Series MVP award. You read it here first!