A Shot in the Arm and a Punch in the Gut 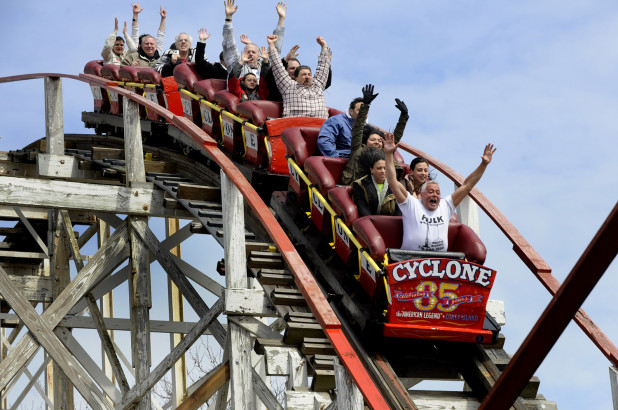 I should have known better.

After last night’s satisfying Giants win, I wrote this:

Not five minutes later, this news was coming across Twitter.

Not good. Belt being evaluated at hospital for appendicitis. If that’s what it is, he’s DL-bound. #sfgiants

Well, it was a nice two innings while it lasted. The April version of Chris Stratton reappeared (missed ya, buddy!), and Joe Panik reappeared for the first time since April (really, really missed ya, buddy!), leading to an early 2-0 lead. Then in the third inning, Brandon Belt was removed from the game with no apparent injury, leading to a few minutes of speculation (the HBP in Denver? Baby coming?) and then the news that he had “stomach discomfort.”  Phewwwwww….just a bad burrito for lunch! Give him the day on Saturday and see you Sun–ohhhhh, crap.

So here’s what we know: Per a couple of the beat writers, Belt was “rushed” to a local hospital to be “evaluated for appendicitis.” This photo Belt (or likely, Mrs. Belt) tweeted suggests he was going into surgery about three hours ago, so appendicitis sounds like a pretty good guess. We’ll have to wait to hear whether his appendix was ruptured (more serious/longer recovery) or simply removed. Remember hearing this news in early September 2010?

Losing Torres, who’d been an inspirational sparkplug (so much so that he won the Willie Mac Award that season) right in the middle of a down-to-the-wire NL West battle was a major blow, but Torres was back in less than two weeks.

Andres Torres back in center after having appendix removed less than 2 weeks ago. Gamer. #sfgiants

Even if it turns out to be the less serious removal-not-rupture outcome, it is unlikely we’ll see Belt back that quickly. For one thing, Torres was known to be in phenomenal shape.

No disrespect to Belt, who I’m sure does his work, but–yeah. He’s not throwing bricks. Second, hindsight showed that Torres probably rushed back a week or so too soon–he struggled at the plate for awhile to the point that he got benched for a game or two in the early rounds of the postseason. We don’t need anyone being a hero (see Samardzija, Jeff). Third, it’s June 2, not September 12. Even though Belt’s been not only the Giants’ best hitter but also one of the best hitters in the National League, they can manage without him for a few weeks when they’re still nearly a month even from the halfway point of the season.

So we’ll hope the news on Belt is good and wait to hear his timeline. Meanwhile…

The Giants had one of their best wins of the season

This was the team we hoped to see: a starter putting up zeros (it was National Doughnut Day, after all), some gritty ABs and timely hitting (except for that slacker Belt striking out with two on and one out in the first–what’s his problem, anyway?), a fantastic catch in the outfield (yes! THE OUTFIELD) by Gorkys Hernandez and some fantastic relief pitching, especially by an absolutely filthy Sam Dyson. Not to be mean, but it was even fun to see someone else’s outfielders screwing up for once.

Roster moves and more to come

A lot happened yesterday even before the Belt news. To recap, and stay with me:

One of these two young guys (Suarez or Rodriguez) is likely going back to AAA when Bumgarner returns, so the next two games will be interesting to watch. Or it’s even possible that Blach’s the one demoted if both of them do well.

See you during the game. Lefty out.