And the Meek Shall Inherit Godley 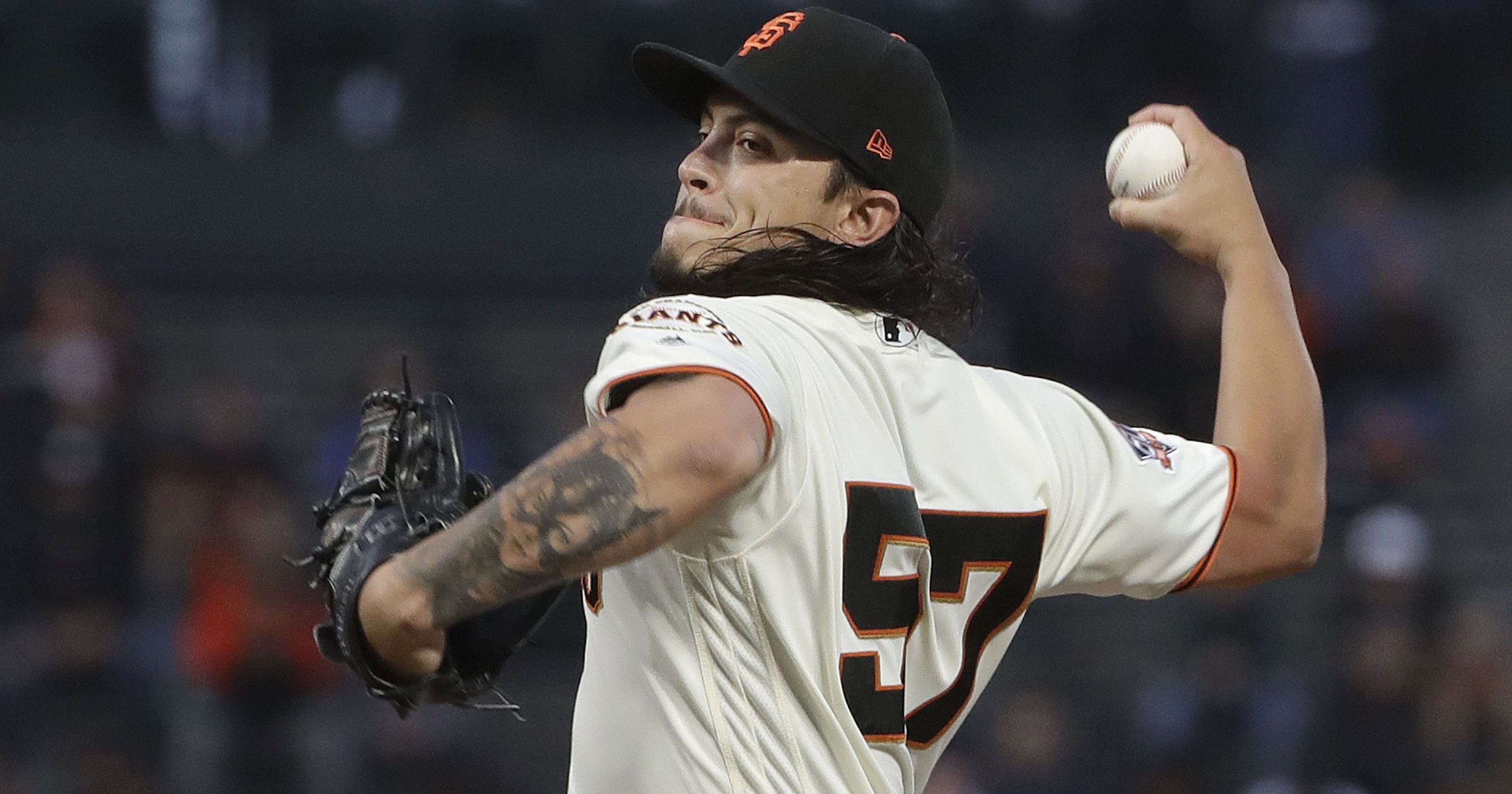 The Giants have had 18 hits total in their last four games and have won three of those games. There is no need to gnash teeth or whine about last night’s 3-1 loss to Arizona. Dereck Rodriguez broke his streak of 8 straight stars allowing two runs or less. He allowed three, one of which was a run that scored after reaching on a bad-luck bloop double. To say D-Rod was not his usual dominant self might be fair but he was still effective. The Giants were never really in this game because their mostly B-Team failed to provide even a breath of life against Zack Godley, the very epitome of a workman-like starting pitcher whose stuff and demeanor appears better suited to relief pitching or UFC cage matches.

I’m not going to cry about this one. It was one of those nights. The Giants are still 4-2 so far on this homestand and with Sandoval, Posey, Duggar, Cueto, Smarge, and others on the DL, I will take it. Speaking of Duggar, his shoulder injury appears to be fairly serious and will likely require season-ending surgery. What next? Locusts?

The Mets come into town for a weekend series. Here is a cool article about Brian Sabean and Zach Wheeler reflecting on the fateful trade of 2011.

In watching the game I could not help but notice the thousands of empty seats in our beautiful ballpark. I could not help but feel a little sad about it, the way you feel when your once beautiful shiny new 20-something body is not quite as delectable and seductive as it once was in the eyes of those your heart is turned to… This is drop in attendance is a foreboding sign to be sure.

The news that the Giants may refuse to call up Chris Shaw in September, their best power hitter, first round draft pick and a player who has already spent 1.5 years in AAA has left me feeling a little deflated. There really is no reason not to call him unless, as some have speculated, it is to keep the shine on him and keep his vulnerabilities and weaknesses as a player away from the prying eyes of the scouts of other teams so the Giants could dangle him in a potential trade. I am hoping none of this is true and we don’t have another curse of Adam Duvall on our hands. Let’s see what happens in September before we wail and pull our hair out.

The Giants are off today and I am going, along with Surf Maui, to see the Palm Beach Cardinals play in beautiful Roger Dean Stadium in Jupiter, Florida.