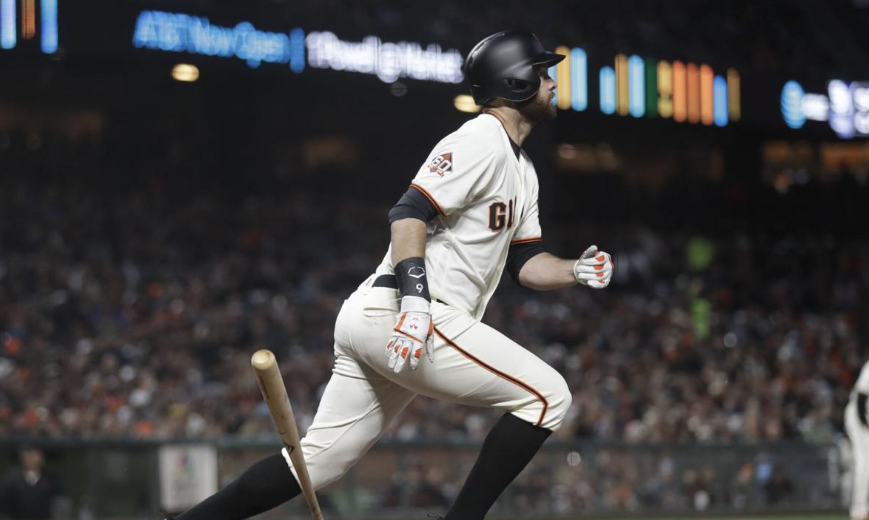 So this is how they other half lives: The Giants have finally joined the long ball club. Last night, in impressive fashion, Brandon Belt hit a two-run home run and Mac Williamson hit a go-ahead solo shot to lead the Giants past the Nationals for their third consecutive victory. This is the first time the Giants have won three in a row all season. This is the team’s second consecutive series win and both came against top notch clubs, a very impressive sign indeed.

Before I get to Mac I want to say something about BB9. He is en fuego baseball fans. He is basically the Giants most consistent hitter and reliable run-producer 23 games into the season. His defense has been very good for the most part and he appears to be hitting a groove of excellent baseballing to help make up for the slow starts of guys like Hunter Pence, Buster Posey and BCraw.

Reyes Moronta continued his excellent start to the season with two scoreless innings. Ty Blach kept the Giants in the game and battled for five innings after a heavy bout with food poisoning during the weekend. San Francisco won a Ty Blach start for the first time since opening day when the big Lefty faced Clayton Kershaw in Los Angeles.

Mac Williamson hit his third dinger in five games. Since being called up the Giants are 4-1! Trend? Perhaps.

What makes these games especially interesting to me is the way the team is winning: excellent starting pitching, enough defense, and big time hits, usually homers, all against very good teams. Let’s hope that Padres series was an aberration and the Giants can give them a little payback spanking next week.

Today the Giants have Jeff Samardzija on the hill against some guy named Max something. The orange and black are going for the sweep. Game time is 12:45 and baseball is joyous again!