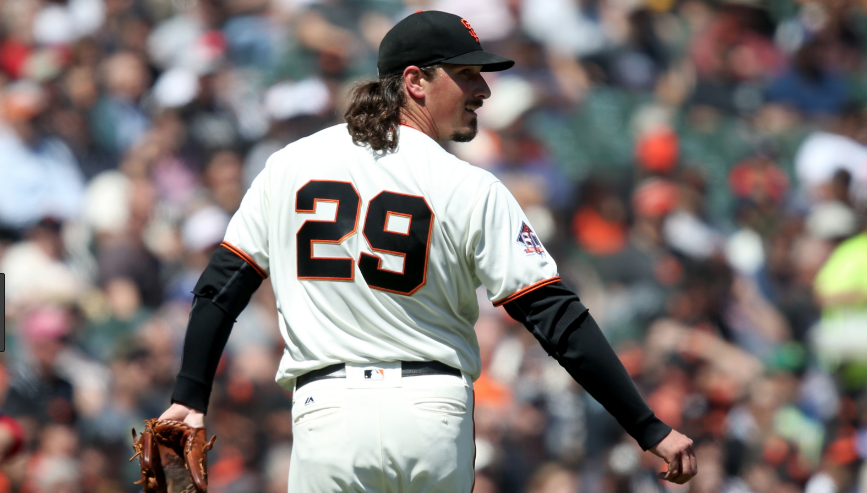 In a game that in some ways was actually closer than the score indicates, the Nationals gave the Giants a pummeling. There were many potential turning points however. Jeff Samardzija was obviously rusty. His control and command both were horrible. He threw a gazillion pitches in the first and second and could not put away hitters when he had them in two-strike counts. To say he labored would be a gross understatement. To make matters worse, Smarge failed to make a makeable play in the top of the first on a grounder up the middle. Then Gregor Blanco mis-calculated on a long drive that led to two runs, also in the first inning. His ball was eminently catchable and would have saved not only two runs but about 25 more pitches for Smarge, who threw about 55 in the first two innings. If Blanco catches his ball (and he should have) the Giants go into the bottom of the first down 1-0 and Smarge throwing only about 18 pitches. I would argue that was the difference in the game.

It did not help that Matt Adams hit a two-out two strike RBI single in the first then a three-run bomb in the fourth to make a 3-1 game 6-1 and effectively crush our hopes. Matt Adams owns Samardzija and the Giants starter needs to take a hard look at why that is. Matt Adams is now 9-16 with four homers against the former Notre Dame wide receiver!

In the bottom of the first, Brandon Belt, who continues to rake with two hits, one of them a double, just missed a long splash homer, with the ball curving foul at the last moment. It was that kind of game.

The Walgreens then beat up on the likes of Josh Osich (whose Major League career appears to be in doubt) and Corey Gearrin (ditto).

This is what happens when:

It was a highly questionable decision and one that the Giants skipper should be challenged on. My argument is not that the Giants would have won with Posey and Longo playing. My argument is that their chances would have been better and that was not the time to sit two of the best right-handed hitters on the team while the Giants were in the middle of a roll. Now the Giants have to sit with the bitter taste of an ass-kicking and a day off to prepare for the four game series against the Dodgers.

Despite Longoria’s absence, Pablo Sandoval did have a good game at third and at the plate, with two hits, one of them a double.

Mac Williamson was scratched with a neck sprain thanks to his dive into the wall during Tuesday night’s game. The Giants do not think it will be too serious an injury.