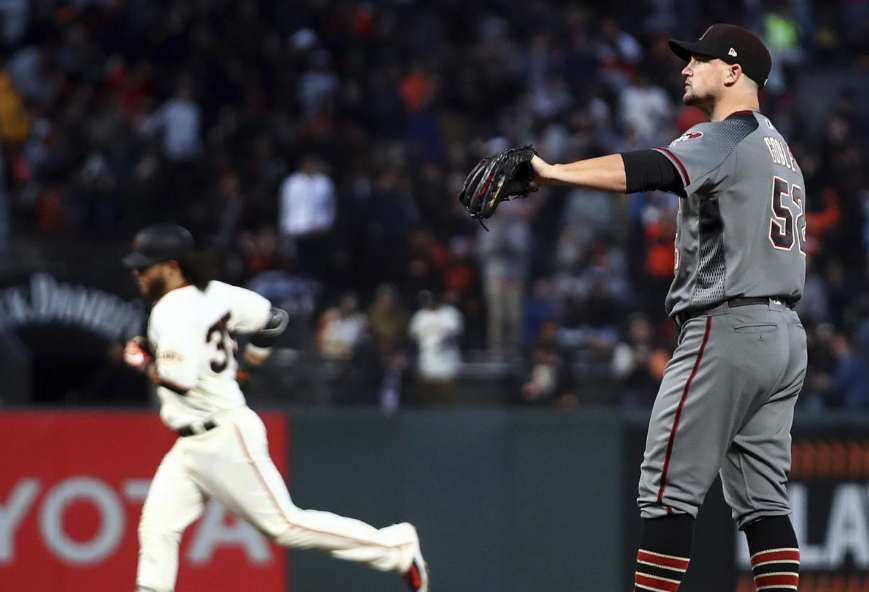 The San Francisco Giants hit four home runs in a victory over the Arizona Diamondbacks, 10-3 at Willie Mays Field.

Break out the bubbly.
Keep the children home.
Our 70-days national nightmare is over!
Bumgarner is back!

Last night the Giants went deep four times with Craw, Sandoval, Hundley and Cutch going Bye Bye Baby. Alen Hanson had a two-run pinch hit double in a 7-run bottom of the fourth. He was pinch hitting for Derek Holland. It was a huge hit and another nifty move by Bruce Bochy, who has made a habit of pinch hitting for his pitchers early in games when opportunity strikes. Thanks to a rested bullpen thanks to excellent starting pitching in the previous three games, the Giants could afford to make such a move. It was the difference in the game.

At .500, the Giants are 1.5 games behind Arizona and are now in third place. This is a tight race and I imagine one or two teams will eventually separate upwards. With MadBum back tonight and Joey Baseball playing lights out, the Giants are hitting their stride. When BB9 returns the line up will be even better.

The key to the season may rest upon the dreadlocks of one Johnny Cueto. The suspense is killing me.

The Giants selected catcher Joey Bart as the second overall pick in the first round of the draft. Scouts and many experts say this is a great pick for the Giants. Their second round pick and 45th overall was Kentucky right-hander Sean Hjelle. The Kentucky right hander was SEC player of the year last year. That’s no joke folks. He’s pretty good.