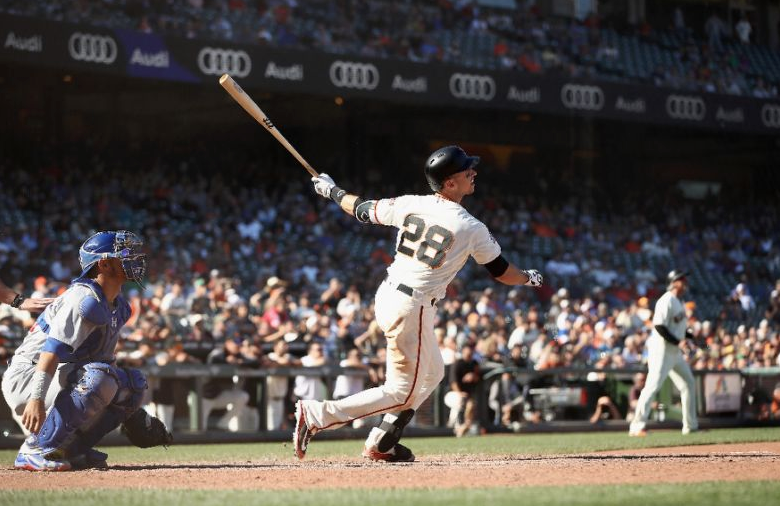 That was some baseball game. Buster Posey hit a single off the wall in right field to score Brandon Belt with the winning run from second base in the bottom of the 13th inning. Belt began the rally with a two out walk that was followed by Andre McCutchen’s single to set the table for Buster.

In a game in which the Giants busted out with a 4-0 lead in the bottom of the first inning and saw the Cubs claw back to tie it, The Giants bullpen again saved the day, pitching 8 innings and allowing only one run. Dereck Rodriguez was the winner in relief, pitching allowing only 2 walks and no runs. His composure was as impressive as his zeroes.

Johnny Cueto faltered and hopefully only needs more starts to build his strength.

Buster’s hit was a big one, giving the fans a celebration and the Giants a series victory over a potential playoff opponent. The Giants have not lost a series at home since April.