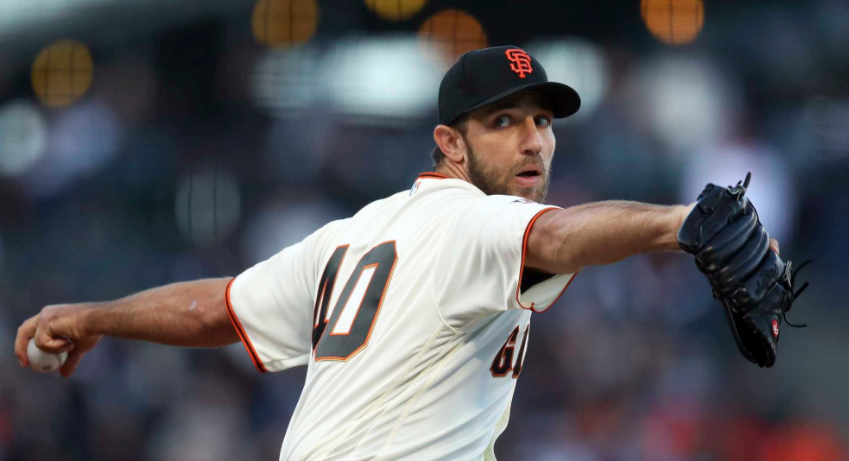 I beg to differ with Mike Krukow. His gushing words about Madison Bumgarner’s 2018 season debut were a little too much. The positives: Our ace pitched six innings and gave up 2 runs. We will take that any day of the week. On the down side: a run was erased thanks to a ground rule double that held runners on second and third. Bum would escape further trouble. He threw an effective changeup and slider. His fastball, thrown very few times, topped out at 91 MPH. His command was mostly not very sharp in the first three innings and he was pitching behind hitters most of the game. He did settle into a groove in the fifth and sixth innings. The bottom line is Bumgarner pitched well enough to win. Factor in the poor play at third base and the Giants very easily could have taken this game, despite their futility with men on base.

In fairness to the DBacks, Patrick Corbin was excellent, pitching a perfect game till the fourth and initiating weak content throughout the game till Mac Williamson doubled and BCraw doubled him in for the first Giants run in the bottom of the fifth inning.

Evan Longoria curiously let a grounder go past him with a runner on third and one out. The play screened Brandon Crawford, who rightfully expected the Giants third baseman to make the play and fire home to cut down the runner. Instead the DBacks had a gift run. In the top of the ninth, Longoria misplayed a slow chopper to lead off the inning. That run would later score giving the Arizonans a huge insurance run that proved to be the difference in the game.

The Giants fought hard. They rallied in the ninth and came up just short.

Today’s game is on Facebook and is the rubber game of the series. The Giants have a chance for a divine 5-1 homestand. Clay Bucholz is facing Chris Stratton. Game time is 12:45 Willie Mays Field time.

We have added another moderator on the blog to help with keeping the pace. This will help our community stay civil. Your comments yesterday were especially entertaining. Thanks for the photos from gamervixen  and just peachy, and others who attended the game.

Tonight was more than Bumgarner’s season debut. It was the 10th anniversary of the day Buster Posey became a Giant. Bum reflects on the catcher and friend he still calls Gerald: https://t.co/1eHjTCsK2e