Despair in the Air 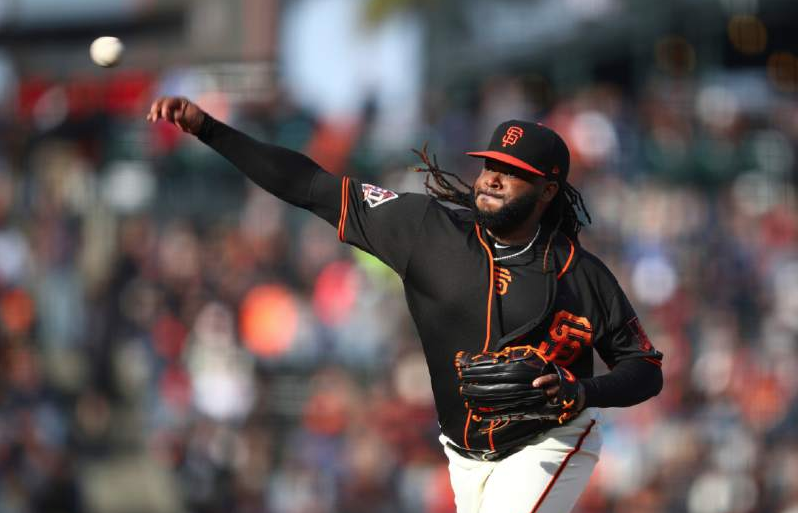 What I find most troubling about last night’s game is not another hollow loss on the field by our boys. It’s the confirmation that Johnny Cueto’s elbow is not healthy and our second ace is likely done for the year, and perhaps his career. What I find most disturbing as a Giants fan was the decision to bring Cueto back when pretty much everyone could tell he was not ready to pitch again this season. That decision smacks of desperation and an inability to see the big picture, all signs of a front office and manager feeling the heat of a potential firing.

Johnny Cueto said he’s meeting with doctors tomorrow, he feels pain in elbow while on the mound. “I keep telling you guys and keep telling myself I’m fine, but in reality I’m not,” he said.

It would have been much more prudent if the Giants and Cueto had an honest assessment of his condition to get him the medical attention he needs (Tommy John surgery, duct tape, some dirt) so he could recover sooner and help the Giants sooner. Now the worst has happened: Johnny Cueto has pitched badly, prolonged the obvious by at least three months, and added insult to an already injurious month of July that sees the Giants currently at 8-14 with their respectability and any hopes of a postseason run drifting away like a quaff of second-hand weed smoke on a Haigh-Ashbury balcony.

Add to this news the fact that Jeff Samardzija is not healthy and the Mark Melancon affair and you get three horrible contracts that weigh heavily on the Giants payroll and pretty much cripple them for another 3 years at least. Each of these phenomena was predictable when one considers the mileage and age of each pitcher acquired. Throw in the ridiculous money paid to each of them and the added insult of the so-called “opt-in” clause in Cueto’s contract and you get a perfect shitstorm of horrible baseball management. The Giants are in this situation because they mis-calculated when they should have seen the risk of signing pitchers on their downside to such long and expensive contracts. Eventually teams are now figuring out that they are bad risks, simply not worth taking. At the time, I though Cueto’s contract was a time bomb waiting to blow up in our faces when one considers his elbow problems had already become public knowledge in 2015.

The Giants are now in this situation: Because of those huge contracts and because of the contract to an ever-diminished Buster Posey, they will have to stand pat to stay under the luxury tax for a few seasons which means more dumpster diving (because we know they will not play their prospects) or go beyond the luxury tax to stay competitive in an ever-increasingly difficult National League.

I see no answer here than a regime change and a write-off of sunken costs for Melancon’s contract. Cueto’s future is surely in doubt but it is not beyond the realm of fantasy that he could return to be an effective pitcher again since he is a very intelligent player with a strong arsenal of pitches. I would also recommend he re-consider his conditioning and diet if he is serious about pitching into his mid-late thirties. I don’t see much brightness in Jeff Samardzija’s future to be honest. He always was a thrower with great stuff but with numbers suggesting he was mediocre at best. Unfortunately the Giants gave him an ace-like contract because they believed they could turn him into a top quality starter. That belief was a mistake.

If I am Giants ownership and I am honest about my team I see no option but regime change from the Brian Sabean level all the way down to scouting and development, including Bruce Bochy. I integrate Sabean in an honorary advisory capacity on the staff and send Brian Sabean somewhere as a scouting consultant. I see no role for Bobby Evans.

There was a great thread in yesterday’s comments about complacency likely setting in with the Giants, particularly players with long-term contracts who know Bruce Bochy will always have their back. This loyalty is downright laudable and something to treasure in an age of throwaway relationships. The Giants are rightfully one of the greatest and proudest franchises in all of sports and they don’t go around beating their chests about it, all of which makes me proud to be a fan. But, the time has come to accept we are now at the end of a Golden era of Giants baseball. No amount of loyalty or long-term contracts will change this.