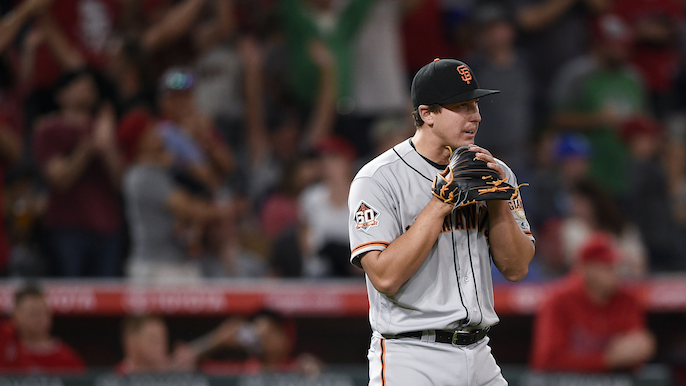 The Giants lost a difficult game, 4-3 in 11 innings against the Athletics of Oakland. They had multiple chances to win the game in Extra Innings after a dramatic, two-out weird double in the bullpen by Hunter Pence in the top of the ninth that scored Alan Hanson.

The A’s have an impressively deep and hard-throwing bullpen.

Brandon Crawford is slumping badly at the plate despite playing brilliant defense at shortstop.

MadBum walked six for the first time in his career.

It was indeed, a weird game.