Flirting With Disaster, Finding a Way to Win 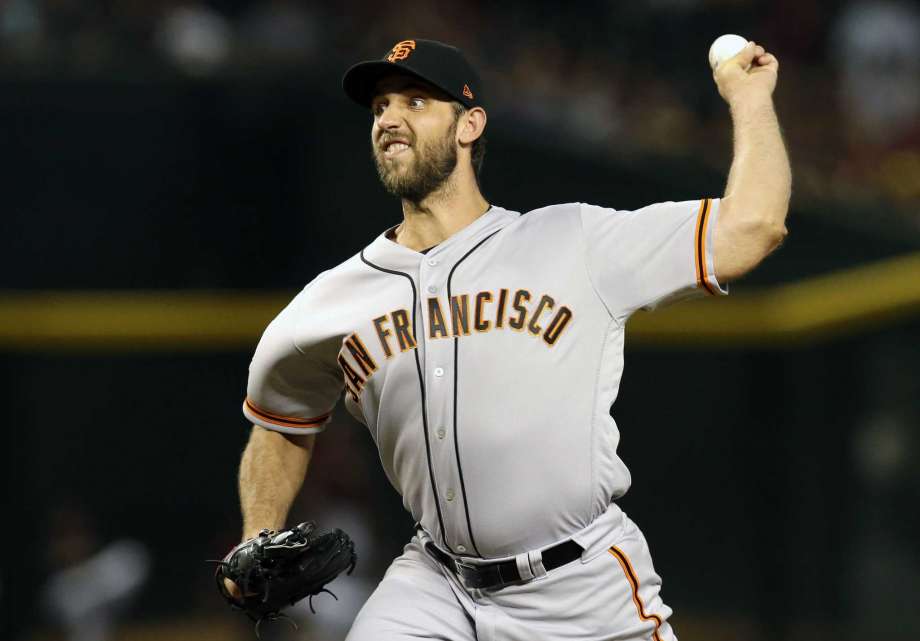 The Giants won their fourth game in a row. That’s the big news. That’s the good news. The bad news is last night was a very weird game. Madison Bumgarner was out of sorts, pitching in so much traffic through the first three innings and giving up so much hard contact that turned into outs that this game could easily have been 6-1 DBacks after two. The Giants were fortunate and the Mighty Bumgarner worked out of trouble demonstrating his mettle in the process as he was aided by a diving catch by Evan Longoria.

It is clear that Madison Bumgarner is not himself yet. He is inconsistent, falling behind hitters and perhaps most concerning, arguing too many balls and strikes calls and generally acting like an angry and spoiled Little Leaguer. He would also balk in the second inning on a questionable call and you can just feel a dust-up brewing. For the game he pitched five innings allowing 7 hits and 3 walks and about 4 VERY LOUD OUTS. He did however drive in the winning run with an RBI single… Watching Bum and Greinke pitch to each other was very entertaining…

While our hero is forever etched in baseball lore thanks to his pedigree and accomplishments in 2010, 2012 and 2014, I am very concerned about Bumgarner’s future. Since the motorcycle accident MadBum simply has not been consistent. His velocity is down on all pitches by about 1-3 MPH, enough to make him mortal and very hittable. He also appears to be more irascible than ever. This is not a good thing when you are struggling, as cute as it is when you are pitching as if you descended from Mount Tamalpais, the home of the San Francisco Baseball Gods.

Joe Panik appears to be a role and platoon player now. I am unhappy about it. Discuss this amongst yourselves. It seems strange to me that he has not earned the very long veteran’s leash that others like Hunter Pence, Angel Pagan and Aubrey Huff were bequeathed by Mr. Bochy.

Austin Slater had a big game, scoring thrice and getting two hits. Gorkys had two hits. Evan Longoria hit a majestic home run just inside the left field fair pole in the top of the first in what was an excellent at bat. On the previous pitch the Giants third baseman had been sitting on a fastball and hit it hard, foul and far down the left field line. I was thinking to myself that Greinke was not going to throw him another one. So did Evan Longoria. The next pitch was a very good curveball on the inside corner that ended up in the seats: Giants 1, Arizona 0. First inning runs are huge in playoff games and this was a playoff game for the Giants, who refuse to die. They are now 56-54, five games behind the Dodgers. They did, however, gain ground on the Rockies and DBacks making things a touch more interesting in the competitive NL West.