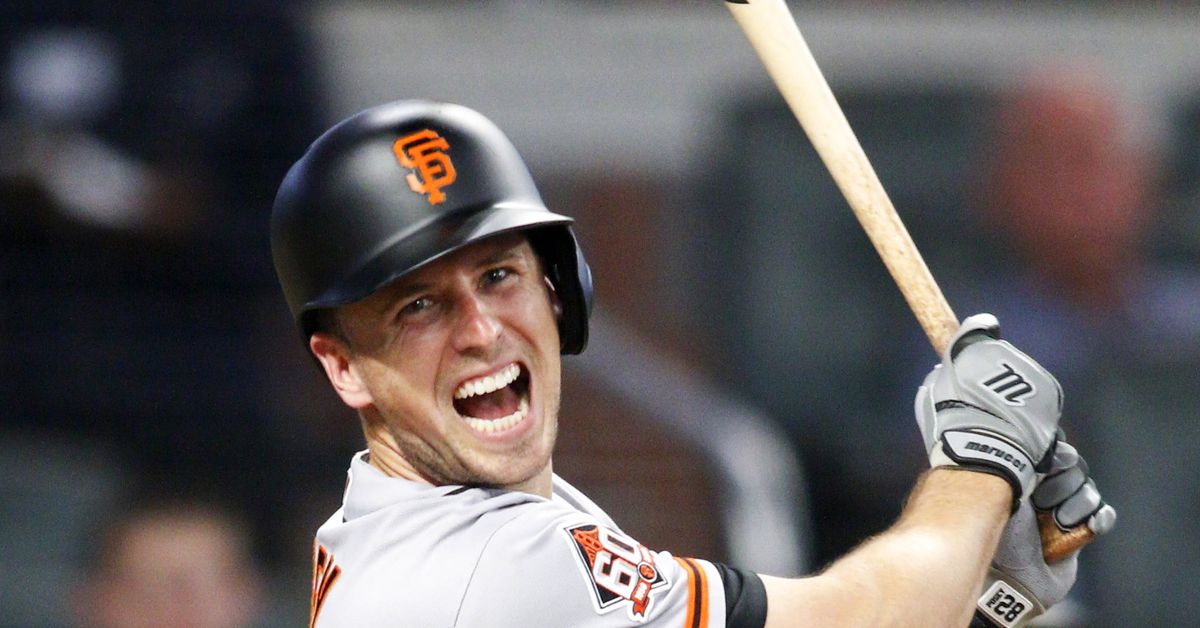 Now that’s a great way to start the road trip! The Giants are mashing everything in sight: curve balls, fastballs, change ups and on and on… Up and down the line up the team is finally firing on all tomahawks. Last night Brandon Belt, Brandon Crawford, Evan Longoria, Gregor Blanco and Allen Hanson all had big hits. Longoria hit a solo shot to right field, demonstrating his excellent opposite field power. Brandon Crawford hit a missile into the right field bleachers with a man on. These were all tack on runs and very impressive in that the team’s line up kept putting up great at-bats after taking a 6-2 lead with a 6-run second inning after the Braves scored two on a homer by Freddie Freeman in the bottom of the first.

Chris Stratton hung on to get the victory despite not having his best command in the first three innings. He limited damage and demonstrated guile and moxy, grit and focus to pitch six innings allowing three runs total to a Braves team that came into the series as the hottest hitting and hottest team in baseball after smashing the Metropolitans of New York City into little pieces in their prior series in the Big Apple.

This was a most impressive performance for the Giants hitters for many reasons. Despite a debilitating bout of wildness, Mike Foltynewicz, the Braves starter, was hitting 100 mph with his fastball and spotting it up and down on the corners when he was able to hit the strike zone. But even with the throwing of flames, The Giants put up excellent, patient at-bats, forcing the Braves starter to throw over 60 pitches in the first two innings. That was the difference in the game. In the top of the first, the Giants did not score as they stranded two runners however they forced Foltynewicz to throw 23 pitches in the frame. Gregor Blanco tied the game with a two-run triple as the number eight hitter in the second. Allen Hanson had a huge double on a two strike count that drove in another run and the fun was just beginning to start.

The Giants put on a master class in hitting baseballs hard and driving in runs.

This was not a perfect game for the Giants defense however. Longoria had a ball eat him up for an error and center fielders Austin Jackson and Gorkys Hernandez both made ghastly errors on routine plays that ended up contributing to runs. The difference was in the Giants continuing to pound the ball and give the pitching some cushion. Right now pretty much everyone in the lineup is hitting and hitting well including Buster Posey.

Congratulations to Albert Pujols who hit his 3000th base hit in last night’s game against the Mariners. Pujols is a first ballot hall of famer, one of the best players, if not the best, of his generation and worth every penny of his contract. What the naysayers and geek squaders don’t understand is how Pujols makes everyone around him better as a hitter and ballplayer and how his very presence puts seats in the stands,

From ESPN: “His first ten seasons with the Cardinals were one of the greatest decades ever for a batter, as he hit .331 while averaging 41 home runs, 123 RBIs and 190 hits. He won three MVPs and finished second in the voting four other times.”

Mike Trout credits Albert Pujols with helping him become the player he is. The celebration and respect the Angels teammates showered on Pujols was something to behold, with the whole team pouring out onto the field to show their appreciation for their slugging first baseman. The entire crowd in Seattle gave the Angel Albert a standing ovation too. This was a reminder of what makes baseball special: the history, the milestones and the reverence for greatness that is simply not seen in any other sport with the possible exception of soccer.

Last night the Dodgers had a combined no-hitter in their contest against the Padres in Monterrey, Mexico which they won.

In other news, yesterday the Mets DFA’d Matt Harvey! The Mets have one week to trade him. If they do not, he becomes a free agent and teams can sign him to the Major League minimum. With Johnny Cueto likely on the shelf for the rest of the season…. you just never know. Matt Harvey’s fall from grace is Biblical. I watched him pitch in 2013 against Timmy in a game at Willie Mays Field that went 16 innings with New York winning 4-3. He looked unhittable, till Buster hit a two-run bomb off him. I though Harvey was surely destined for a Hall of Fame career. His stuff was simply dazzling. He was strong, intimidating and had three devastating pitches.