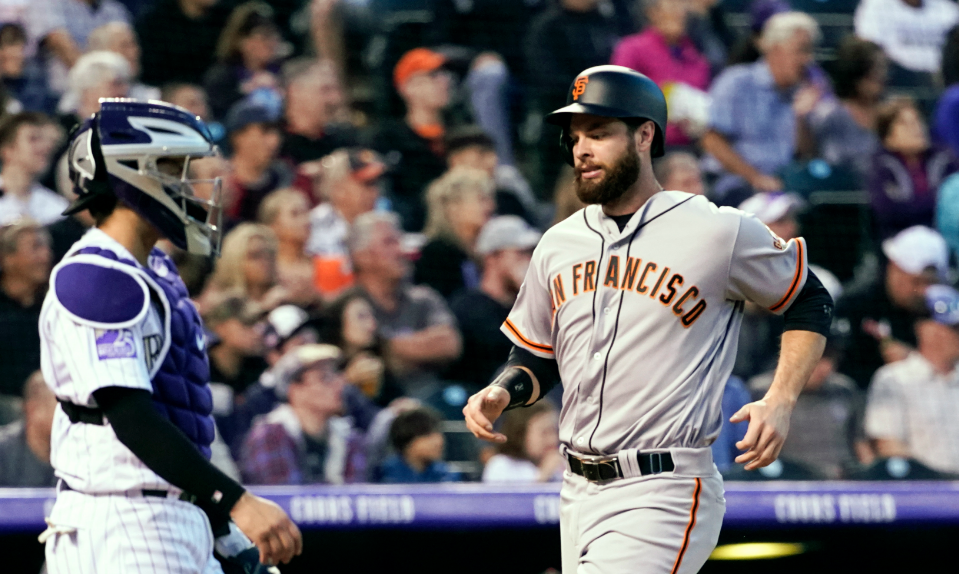 The Giants defeated the Colorado Rockies 7-4 behind two hits from Mac, Cutch, BCraw and Buster. Buster had two RBIs and Evan Longoria tripled in a run.

Ok. The Giants won an important ballgame, one that may have helped direct their season. With another loss they would have been six games under .500 and five games behind the DBacks. The Dodgers won again so the Giants are now one half game behind their nemesis to the south. Kershaw returns to tonight. You get the idea.

With MadBum on the horizon along with Joe Panik then maybe, maybe with some smoke and mirrors and good hitting, this San Francisco ballclub can hang around in the division.

The Giants bullpen deserves a game ball for this win.

Derek Holland gave up four runs in five but got the win. Give him and Suarez credit, yes, they gave up a few but they kept the Giants in their games. Monday’s contest was very winnable and would have made the road trip (and my dinner) oh-so-much better.

Pablo Sandoval played second base and had a knock. It looks like Bochy is a mad genius here, moving Pablo all around the diamond and turning him into a super utility player a la Ben Zobrist. Kudos to Pablo and Kudos to the skipper for maximizing the tremendous athleticism of the Panda.

The Giants are off tonight. They face the Phillies in a three game series this weekend.

My apologies to any of you who could not post in the past 24 hours. Disqus had some bugs. It happened to me too. The bugs included one mistaken banning, since cleared up. If ever anyone has issues, simply email me via the contact form on the contact page and I will take care of it.