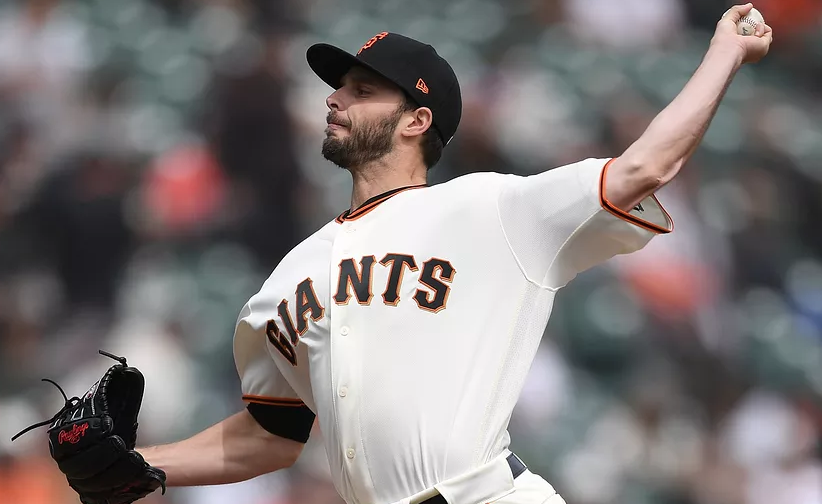 Paul Goldschmidt is the new Nolan Arenado, or is it the other way around? Maybe they are both Goldschmidts?

Paul Goldschmidt is a manly ballplayer and a terrific athlete. To generate so much power from a swing without a step of the front foot is sheer craziness. There is no shame in being bludgeoned by Paul Goldschmidt. He is a great first baseman, a tremendous baserunner and one hell of a hitter.

The home run he hit off Suarez was a bazooka of a blow. It should be illegal to hit a baseball so hard. Goldschmidt should be banned from facing certain pitchers, Suarez among them. He is just that dangerous. His homer and his topspin double that hit Center Field were serious threats to the fans in Center Field…

The Diamondbacks simply had too much firepower for the Giants, despite the heroics of Buster Posey who tied the game with a two-run blast in the bottom of the fifth. The game would stay tied for about 1.45 seconds however…

Andrew Suarez made a very encouraging debut. Don’t look at the runs earned. One was not let in my him. His seven strikeouts were impressive. The problem with the Andrew Suarezes of the world is that finesse pitchers have little, if any margin for error. The rookie made a few location errors and paid the price. I still feel good about him.

Did you see all the empty seats yesterday?