Giants Get Back to .500 With 10-7 Triumph Over Reds in San Francisco 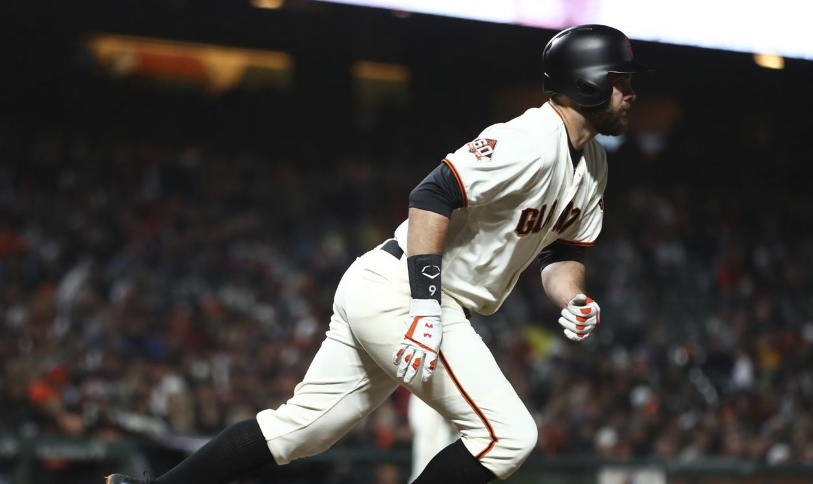 The Giants bats came alive in a big way last night against the Reds. After a strange and long east coast road trip the San Franciscans looked aggressive hitting everything the Reds pitchers threw at them. Brandon Belt had three hits, three RBIs and a home run. Brandon Crawford hat two hits and two RBIs, Posey, Cutch and Longoria each had two hits. Chris Stratton got his fourth win of the year despite giving up four runs and nine hits in five innings.

BB9 and BCraw are on fire right now. Longoria and McCutchen are continuing their mostly consistent run production after very slow starts to the year. The Giants called up Austin Slater one game and he had a pinch hit last night. Today they are supposed to send him back to Siberia, I mean Sacramento in favor of Miguel Gomez so they can have some infield depth after Alen Hanson’s injury.

Tip your hat to the Giants for never letting up. They kept adding on runs and attacking the ball at the plate and the Reds would always answer. This was a good way to start a seven game homestand and get back to .500. The DBacks lost again which means the Giants are, incredibly, only 3.5 games out of first.