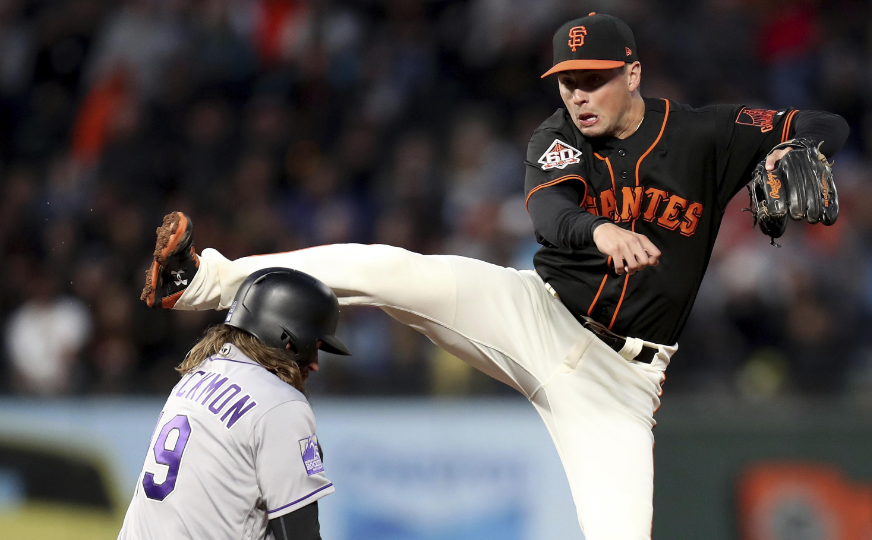 They did it by what’s become rarer than a unicorn sighting in major league baseball and what may need to be their new formula for success: A complete-game shutout by their starter, Chris Stratton.

In 2017, the Giants led baseball with ten complete games–five by Johnny Cueto, four by Madison Bumgarner, and one by Jeff Samardzija. This year they didn’t get their first until Sept. 14, but they are hardly alone. Here is the list of National League pitchers who have thrown complete games this year:

Foltynewicz, Mikolas, Corbin, Scherzer, Williams, Taillion, Stratton. There is your entire list of National League pitchers who have thrown a complete game shutout this year, in the era of starters being fungible nothings. #sfgiants

The Giants are only the second team in the NL West to have a complete game. The Rockies, Dodgers, and Padres have none. Here’s another point to ponder: Chris Stratton is not only the first Giants starter to win double-digit games this year: He’s the first since 2016.

Stratton was at 90 pitches through seven innings and struck out two of the three he faced in the eighth, as Tony Watson and Mark Melancon warmed up. At the end of the inning, Bochy briefly met with Curt Young and Madison Bumgarner and then sent Stratton back out.

And then there’s this…

Stratton has a 2.10 ERA in 5 starts since working with Ryan Vogelsong. #SFGiants

Stratton got the win because the Giants finally strung a few hits together in the same inning and got a big hit with runners in scoring position from Austin Slater. That was it, unless we want to note that Joe Panik’s bat finally seems to be coming around a bit–6 for 13 in the last week (all singles, but that’s still .462). Belt couldn’t make it through the game (knee acting up), and the #3-4 hitters, Longoria and Crawford, went 1 for 8.  It’s no secret that this is a big, BIG problem, but the day in, day out futility is a bit mind-blowing. Some of these guys have actual backs of their baseball cards to prove they can do this at the major league level, and other than Pence and Hundley, no one is older than 32. You’d think that at some point they’d have to break out, but they never do.

Carl Kochan, the Giants’ strength-and-conditioning coach for the past seven seasons, was let go yesterday, to the surprise and dismay of the players, who hadn’t been notified and with whom he was popular. We can argue about whether or not his firing made sense, but the timing definitely seemed odd, so it was good to see there was a reasonable explanation:

#sfgiants indeed let go of strength and conditioning coach Carl Kochan. Move was done now rather than two weeks from now to allow him to undergo an operation on shoulder that he recently injured. First of many moves to come.

Andrew Baggarly had sharper words for it:

"Blame Carl" was a fun joke Giants players would say when they narrowly missed a home run. Blaming Carl — a hard-working and dedicated strength coach — for a disappointing season? That's not funny (or fair) at all. https://t.co/75hepLr5AL

EDITOR’S NOTE: I’m in a hotel room in Texas and struggling with WordPress on my new laptop, so I’m gonna leave it here for now. Lefty out.