Giants Shut Out in Arizona for First Time since Eisenhower Administration, Fall 1-0 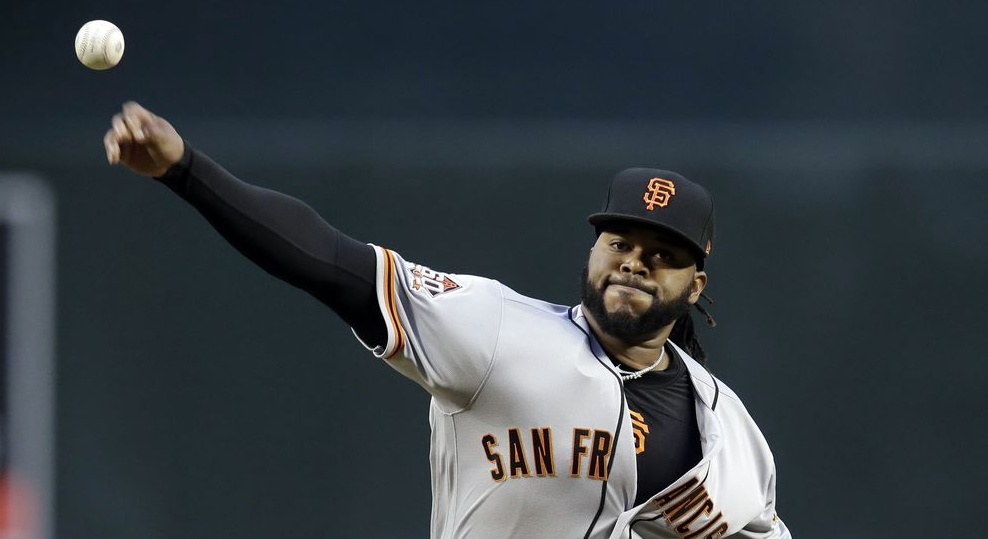 The offensive woes continue. Patrick Corbin and Johnny Cueto were both sensational. The Diamondbacks had three hits.

Post-midnight bonus stat: roughly 1,600 regular-season games have been played at Chase Field. Tonight was the 18th that ended 1–0. Coors Field, which opened three years earlier, has had nine. AT&T Park, which opened two years after Chase Field, has had 30. #sfgiants.

Tony Watson gave up the winning hit in the bottom of the 8th. The Giants had one hit (on a check swing by Brandon Belt) and looked clueless at the plate. This team is in a funk, now losing four in a row, three to the lowly Padres. It’s beginning to look a lot like 2017 again, only with better pitching and worse hitting. The Giants are lucky the Dodgers have not started off well or this season could be over very quickly.

Oh, and Evan Longoria was scratched from the line up after aggravating his ankle injury from Spring Training. He will miss at least two games.

Are there trade rumors in the air for Johnny Beisbol? He has a team-friendly contract and is pitching lights out. He will absolutely be trade fodder if the Giants cannot pull it together by June. He should be anyway.

This is getting ugly.

The Giants are now last in the National League in runs scored, behind even the Marlins, basically a AA team pretending to be a Major League squad. The Padres have scored more runs than the Giants. The numbers don’t lie:

Now let’s keep in mind it is only 16 games into the season. But this is really embarrassing.