Giants Thump Padres 7-0 Behind Stratton, Give Up One Hit to Pinch-Hitting Pitcher 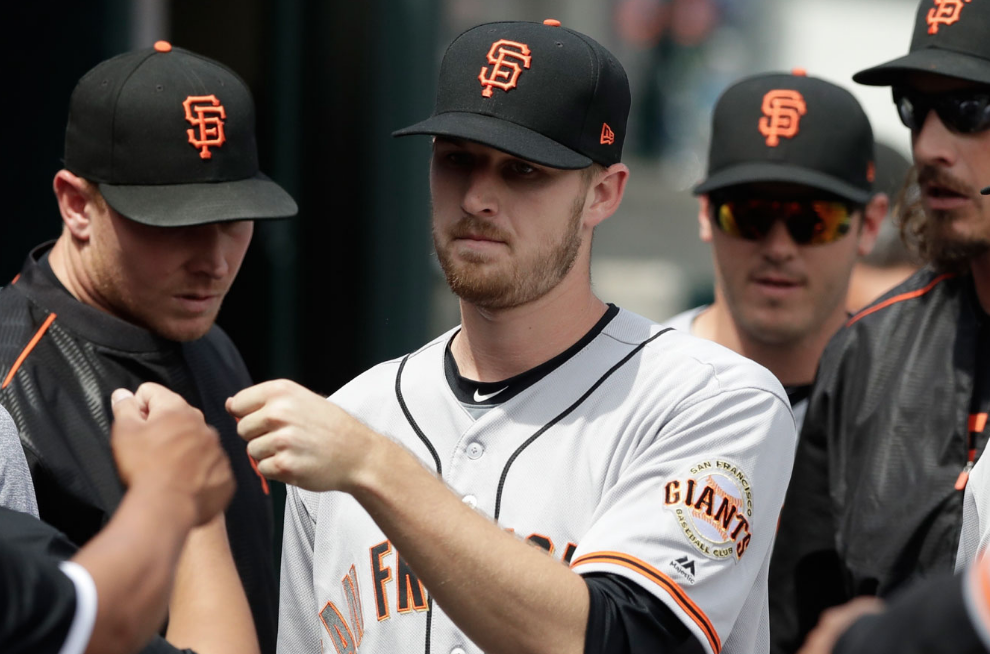 You don’t see a one-hitter very often, especially not one where the only hit was hit by a pinch-hitting pitcher:

Tonight the Padres became the first major league team to be one-hit with a pitcher who didn’t start the game collecting that hit since June 28, 1935, in the Pirates’ 8-0 loss at Wrigley (Mace Brown). Per Elias.

The Giants got timely hits from Buster Posey, Hunter Pence, and Evan Longoria while Chris Stratton was in total control from the first inning till he finished his final inning, the seventh. It was the longest start of his career. This was an important win, evening the Giants record to 6-6 and providing a superb momentum-building start to a ten game road trip.

I woke up early to watch the last three innings and what impressed me most about Stratton was his ability to throw strikes with two pitches in different parts of the strike zone. In fact, it seems to be a Giants tactic to pitch effectively up in the zone as Andrew Suarez did the same to mostly good results yesterday.