Giants Torn to Pieces By Phillies, 11-0 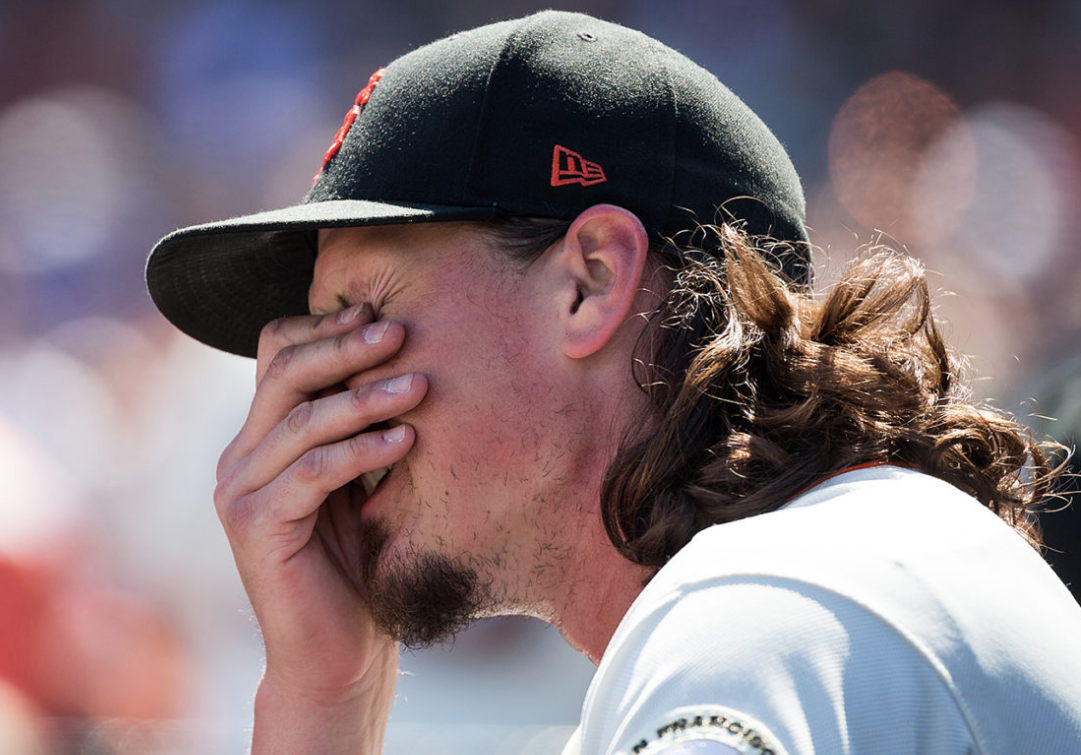 This was a game that was not as close as the score indicated. The winning streak is over at 4. Jeff Samardzija was absolutely dreadful, surrendering three home runs, two of which were three-run bombs, walking the first two batters he faced, who of course scored, and unable to put hitters away when he had 0-2 or 1-2 counts on the Phillies. This includes a horrible sequence that saw Phillies starter, Zach Eflin, no relation to Zach Efron, foul off pitch after pitch before flying out. The sequence wore down Smarge who had by that time thrown 234 pitches in the first two innings alone.

Smarge is either rusty, not healthy or regressing to a below average pitcher. It’s time to worry, particularly since Cueto and MadBum are on the DL. The Giants need consistent starting pitching to win the division and the World Series. They will not accomplish those feats with a performance like this one.

In 2014 we like to think it was all MadBum all the time but the truth is Jake Peavy and Tim Hudson both pitched great in the NLDS vs the Walgreens and both contributed huge innings and wins down the stretch. That 2014 team had veteran leadership and guile in its rotation. With Cueto and Bum out, the Giants are desperate for Jeff Samardzija to provide similar leadership.

The infield defense continues to be dreadful.

The Giants were simply out-classed last night. That horrible first inning by Jeff Samardzija combined with some pretty nasty offerings by Zach Eflin was simply too much for the San Franciscans.

At least it was a nice night out and Johnny Cueto will be back in 6-8 weeks.

The Giants are evidently pursuing a trade for Matt Harvey.

I am writing from Philadelphia, hence the delay in posting, where I will watch the next six games in person, three in the city of brotherly love and three in Pittsburgh.

I will post photos and various bon mots along the way.