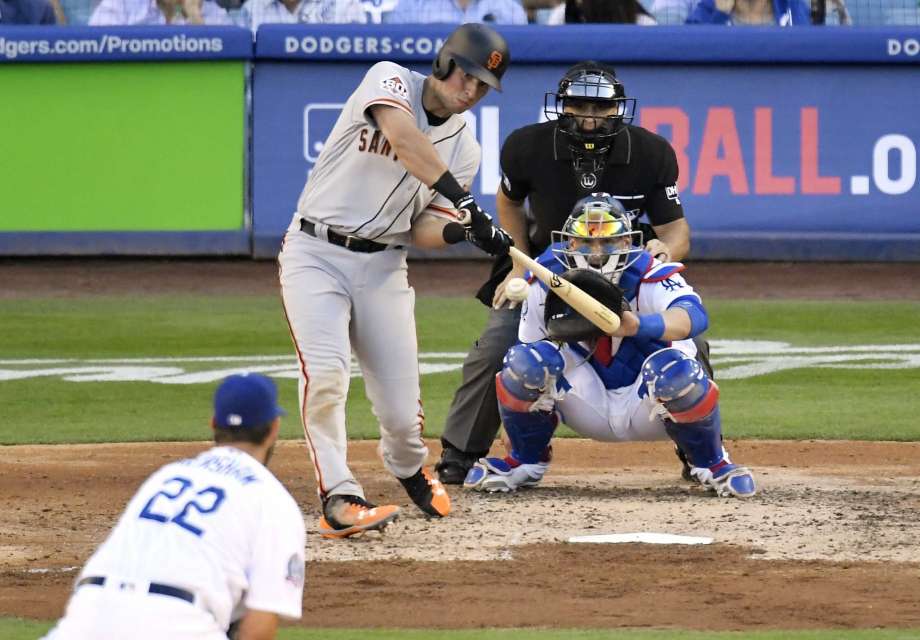 I came back to my Athens apartment with the expectation of staying up until 2 AM local time, Athens by Night as they say here, and watching the Giants season opener. Best-laid plans… First I came down with the mother of all colds, thanks to some bicycle riding in frigid Amsterdam, then my MLB subscription was blacked out…. I had one of the worst sleeps ever… It was not a good night, till I woke up this morning and saw Surf’s text: “Are you watching this?” I felt a little better… Then I checked the score on ESPN and I felt almost cured. To celebrate I went to a local baker and bought amazing things: homemade galaktoboureko (Google it), spanakopita, and tsoureki (traditional Easter bread). The day is getting better.

Ty Blach was masterful, pitching five shutout innings. Joe Panick took Clayton “Regular Season” Kershaw deep with a majestic homer just fair down the right field line and the Giants bullpen pitched four scoreless to save the game. It was a nail-biter and an exciting win, particularly for Mr. Blach, who had an un-even Spring Training to be sure.

It was the first 1-0 victory on Opening Day for the Giants in their entire franchise history!

A little something for Giants fans to send to your Dodger-loving friends and enemies:

Dodgers follow up the Giants’ last 3 trophies with some really sweet hardware of their own. 🙃 pic.twitter.com/Sq4sHjDHUI