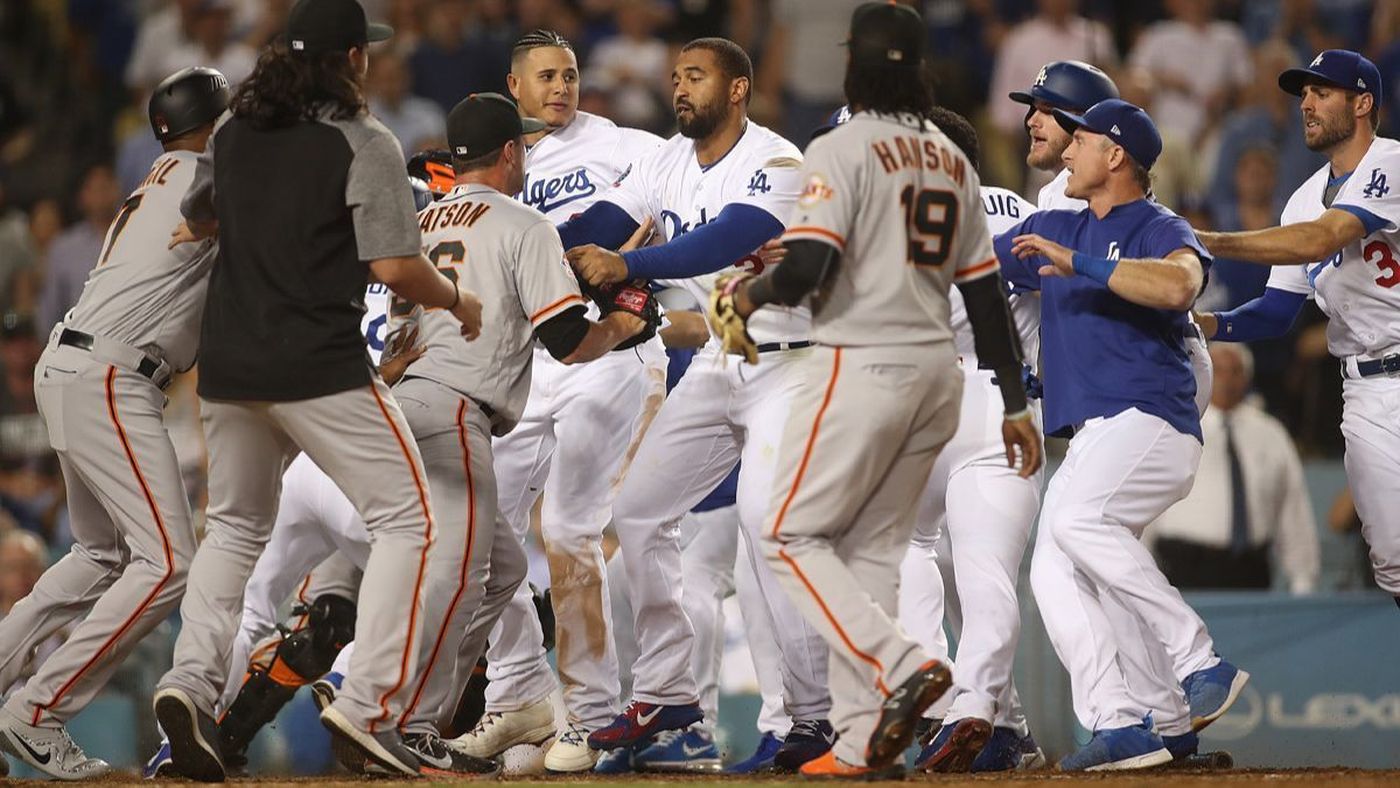 That’s my Presidential ticket. Now we only need a Constitutional amendment that allows for Dominican born Giants to run for President. Andrew Suarez came up huge last night pitching six strong shutout innings allowing only two hits, and Alen Hanson drove in both runs in another epic win for the Giants over the Dodgers, 2-1.

At the beginning of the season who would have thought Alen Hanson and Andrew Suarez would lead the Giants to a critical win over their arch rivals in Los Angeles?

Both teams were mostly silenced by outstanding starting pitching in both games to open this series. It seems these were playoff games and the tension showed.

Austin Slater made some good plays in left field and banged into the wall in an attempt to catch a double by Justin Turner, who by the way had three of them on the night. Turner is the only Dodger the Giants have not been able to figure out so far in the series.

We will probably never know what was uttered…

“I wanna kiss you so bad right now”
“You know we can’t, our families would never approve. I’m orange and black, you’re blue. This would never work” pic.twitter.com/m0yLzF4kPy

but it did appear ridiculous to have Hundley ejected. The umpire’s postgame explanation was downright awful too.

The Dodgers lost their fifth game in a row and fourth in a row in their opponent’s final at-bat. Their pen is hurting.