Is the Bloom Off the Rose? Giants Fall Meekly to Dodgers, 9-0 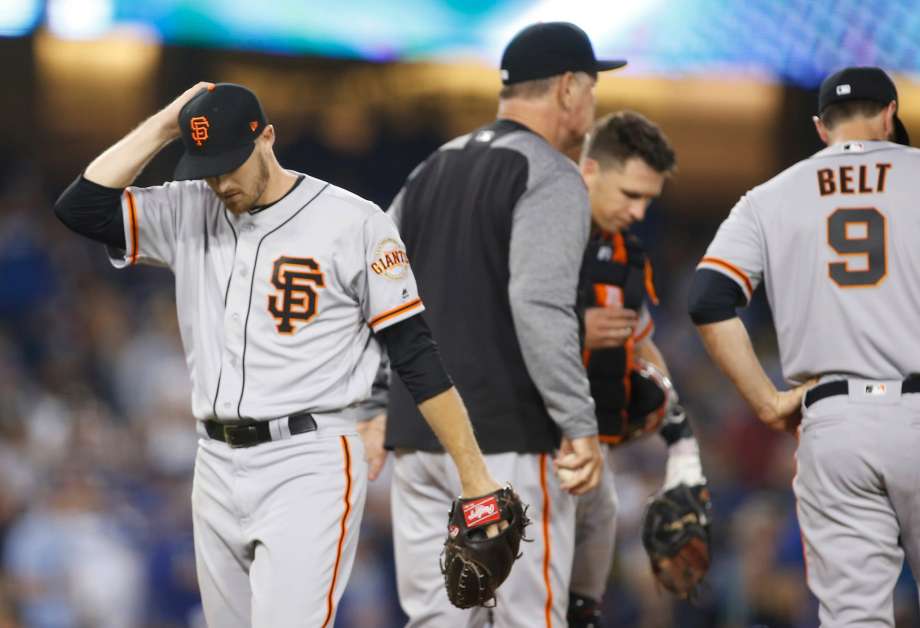 This had to be the weirdest season-opening series history in Giants history. It is the first time in their franchise history that they failed to score more than one run in any game for the first series of a season. Chris Stratton deserved better. The Giants defense failed them at a key moment in the fifth when an alert Corey Seager challenged the throwing-inhibited Hunter Pence by tagging up from second on a routine fly to left. The Giants would mis-played an ensuing run-down as a run would score.

Roberto Gomez had a nightmare inning in relief but the story of the series is the Gigantic failure (get it?) of the San Franciscans to score runs. It turns out the team cannot count on Babe Panik to homer in every game, unfortunately.

This means that we are all anxiously awaiting for our shiny new toys (Longoria, McCutchen, Jackson, et. al) to break out of their packaging, turn us on, and deliver some baseball fun.

The bottom line is this was the second ugly loss in a row but the team is still a respectable 2-2 with Bum and Smarge on the horizon.

Don’t Panik folks. It’s early and this Giants team is destined to average more than .5 runs per game, I promise.