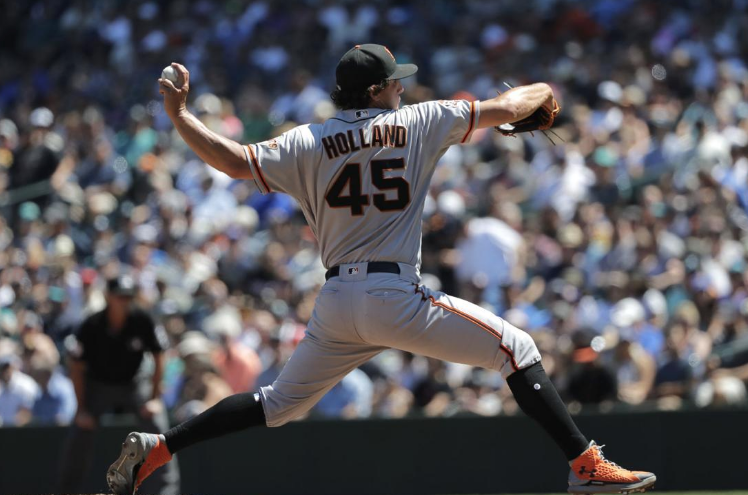 The Giants lost a winnable game when their improved bullpen failed to hold on to another lead. Did you know the Giants lead the Major Leagues in blown saves?

The game was barely winnable however because the real goats were the Giants hitters, who after four innings allowed Mike Leake to carve them up as if he were Greg Maddux circa 1995. Through four innings Leake had thrown forty pitches. The Giants did not have a runner reach second base till the sixth.

BB9 got hurt, a hyper-extended knee. No word yet on how many games he will miss.

It was hard to watch this game and honestly believe the Giants are a contender. Their weak at-bats and general offensive pathos are not the makings of a division winner or postseason participant.

In their last thirty games Brandon Belt is batting .237; Buster Posey is batting .236 and Brandon Crawford is batting .196. That’s a lot of woeful hitting by the Giants veteran core. It’s called a team slump and is the major reason why the Giants are 8-11 in the mont of July so far. It’s a minor miracle the record is that good and only the pitching deserves credit.’

In the past 19 games of July the Giants have failed to score more than 2 runs 12 times. That’s downright astounding, almost comical.

Once again Derek Holland pitched very well and deserved a better fate. Since he likely has no long-term future with the Giants he would be one piece I would trade to a contender for prospects. His stock has risen greatly this season after finding his career at the edge of the Great Pit of Carcoon.

The Box (Read it and Weep)