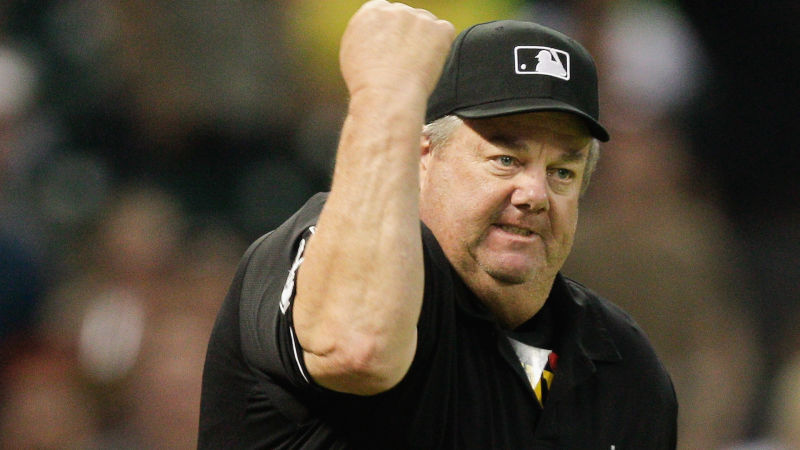 On Tuesday and Thursday this week, the Giants’ starters, Johnny Cueto and Ty Blach, gave up a total of two runs in 13 innings. The Giants lost both games, 1-0 and 3-1.

The three runs the Giants scored last night would have been enough to make a winner out of Cueto and a not-loser out of Blach.

Derek Holland gave up four runs in six innings last night, and on some other teams, that would have been an outing good enough for him and the team to win.

A starting pitcher who gives up four runs is not good enough for the 2018 Giants, most days. Unfair?  Yes, but there it is.

Holland, for the first time this year, got out of the first inning unscathed. And, for the first time this year, Holland got an early 2-0 lead when Brandon Belt’s fly ball somehow didn’t stay in Mike Trout’s glove and resulted in a two-run homer. That was the second piece of luck the Giants got in that second inning. The first was when Pablo Sandoval, DHing in the cleanup spot because Buster Posey was a late scratch, swung wildly at an even wilder pitch for strike three and ended up on first base. That gift of a base runner resulted in an extra run.

Anyway, Holland couldn’t hold that early lead, giving up solo home runs in the third and fourth innings, both with two outs and nobody on, to Mike Trout (who has a chance to be pretty good) and Jefry Marte (who?).  In the sixth inning, again with two outs and nobody on, Holland walked Justin Upton on a 3-2 pitch (thanks, Joe West!) and then tried to out-savvy Albert Pujols with a quick pitch, and…it was humility and not greatness. Unless you’re Pujols, of course.

The other part of this storyline was Bochy choosing to continue with Holland a third time through the order in the sixth inning, against hitters who’ve had a lot of success against him in the past. Apparently, the beat writers have reminded Bochy that during spring training, he’d suggested he might change up his past practices and pull starters earlier, especially those at the back end of the rotation.

Also, Bochy got a bit defensive when asked about letting Holland start the sixth to face Trout/Upton/Pujols the third time. After the second such question, Bochy said, "You guys are stuck on the third-time through thing." Said Holland was throwing well and he's used a lot of 'pen

The subplot is that Bochy hasn’t really “used a lot of ‘pen” this week. Cueto and Stratton both went seven innings, Blach went six, and they had an off-day on Monday. The real truth is that Bochy doesn’t trust some of his right-handed relievers in high-leverage situations right now, and the ones he does trust (e.g., Moronta) have pitched a lot in the last couple days, and the other rookie (Pierce Johnson) already got taken deep by Trout the night before.

All that said, Gearrin and Dyson did a pretty good job in the seventh and eighth innings, holding the Angels at Holland’s four runs and giving the Giants’ offense the chance to–well, that leads into…

The Giants’ hitters struck out 17 times last night. The last time a Giants team struck out that many times in a nine-inning game, the year was 1959 and the pitcher was Sandy Koufax. For the second time this week, a starting pitcher flummoxed them with a steady dose of sliders (nearly 50% from Garrett Richards last night, and a high proportion from Patrick Corbin during his one-hit masterpiece on Tuesday). Ironically, the guy whose strikeouts people scream about (Belt) struck out just once, and the guy just up from AAA (Williamson) didn’t strike out at all. The main culprits were Sandoval, Crawford, and Hundley, who struck out three times each.

Check out this graphic from Andrew Baggarly, showing how Corbin and Richards pitched the Giants this week.

The Giants are 8-12 through their first 20 games, and even though they are 0-4 in Holland’s starts, the pitching is not the reason why. The Giants’ offense is terrible by just about any metric:  14th in the NL in runs scored (trailed only by the woeful Cincinnati Reds), 10th in batting average, 15th in OBP, 13th in extra-base hits, 13th in SLG, 13th in OPS, sixth-most in striking out and last (by a lot) in drawing walks. Oddly, the only offensive stat in which they’re even average is…home runs (tied for seventh)–but even that has turned into a weakness, as the Giants are unable otherwise to get on base (last in the NL in OBP is a really bad stat) or drive runners in on the rare occasions they do get into scoring position (hitting .170, obviously last in the league).

This is a bad, bad hitting team right now.

Well, “hot” is a relative term, but the two hottest hitters right now are Evan Longoria and Brandon Belt. We all remember that Longoria went 0-15 to start the season, finally getting his first Giants hit in dramatic fashion in the home opener (a two-run homer). Since then, though:

As for Belt, he’s hit three homers this week (one each in the last three games he’s played); his four HRs now lead the team. His batting average is a respectable .259, and his .888 OPS now leads the team. He has his usual stellar OBP (.369 for 2018)–did I mention the Giants as a team are last in the NL in that category? I’m sure I did.

People should just stop it about Belt. And that includes you, Skipper, benching him on his 30th birthday so that a slumping, hurting Posey could play first base instead. SMH

“The whole team” would be a lazy answer (but accurate, as far as it goes). Particularly of concern right now are Brandon Crawford, who’s now 0 for his last 16 plate appearances (average down to .213), Joe Panik, who after his hot start is hitting .220/.313/.305 in his last 15 games, and Buster Posey, scratched from last night’s DH slot with a “stiff back” or “sore thumb” depending on which beat writer you follow on Twitter, who over the last week is hitting .111/.172/.148. Austin Jackson and Andrew McCutchen are both now hitting .208 for the season. Yes, McCutchen’s come up with some big hits, but the lineup needs more from him in-between those good moments.

And yeah, despite this vintage bad-ball RBI double last night, the Pablo Sandoval bench thing isn’t working out especially well, either (.200/.259/.400/.659, 10 strikeouts in 27 plate appearances). Batting right-handed, Sandoval is 1 for 10, so he’s not adding much value from either side of the plate.

One starts to cast one’s eyes toward Sacramento, where one notices that Steven Duggar (three hits last night) has heated up at the plate (.341 with a .413 OBP in his last ten games, overall average now .286 with a .369 OBP), that Austin Slater is raking (.385/.444/.667/1.111) and reportedly taking ground balls in the infield, and that versatile speedster Alen Hanson is hitting .449 with six stolen bases and only four strikeouts in 55 plate appearances. Hanson has played 2B, SS, and RF for the River Cats this season. He’s a switch-hitter, former top prospect, and still only 25 years old.  Hmmmmmmmm

Today is another remote-control or picture-in-picture special, depending on which TV provider you have. The Warriors tip at 12:30 for Game 4 of their first-round series against San Antonio.

Congrats to Sean Manaea of the A’s for his impressive no-hitter against the hot-hitting Red Sox last night. And prayers to the White Sox pitcher Danny Farquhar, who had a scary-sounding brain aneurysm in the dugout last night. According to Baggarly’s story in The Athletic, Farquhar and his wife recently welcomed their third child, and he’s in “critical but stable condition.”