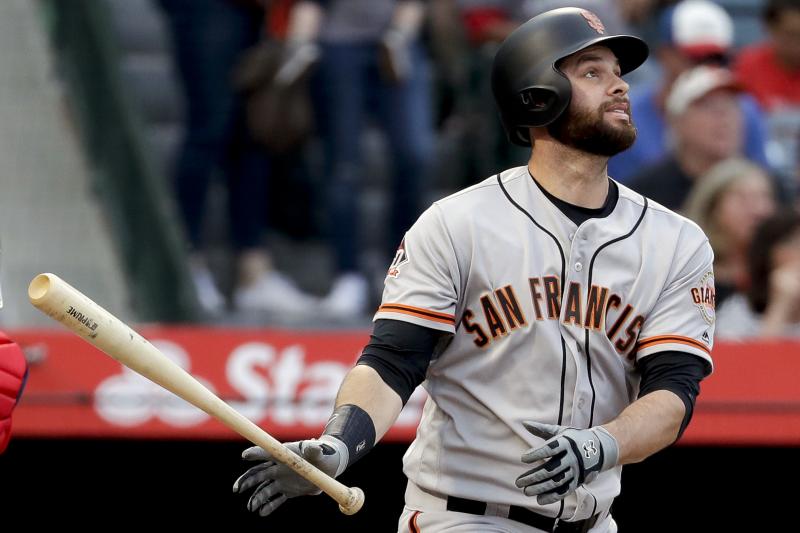 This has to be seen to be believed:

We got it down to 50 seconds for you. pic.twitter.com/hwfb6S1qzM

It defined the outcome of the game and created a ripple effect that spent the Angels bullpen. Brandon Belt’s 21-pitch at-bat was a Major League record.

Evan Longoria hit another homer, a two-run shot. Brandon Belt also homered and singled twice, one to drive in another run, continuing his super hot hitting and all-around excellent play.

If I did not have so much work to catch up on since my return I would spend the better part of the morning writing about Mr. Belt’s ridiculously epic at-bat, that led to an out. I would then praise the genius of Senor Johnny Beisbol, he of the .035 ERA that leads MLB!

This was a fabulously entertaining game for so many reasons.

Hunter Strickland made things interesting in the 9th allowing two runners to reach before closing out the game.