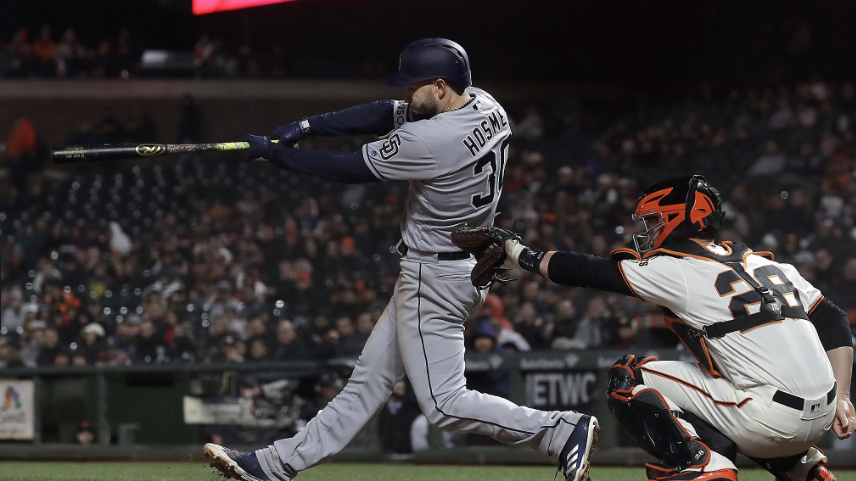 Just when I was feeling optimistic about the 2018 season Johnny Cueto is on the 10-day disabled list with a sore elbow and the Giants lost to the Padres on a ninth inning homer by Eric Hosmer off Hunter Strickland on May 1, 2018. “May Day” is a term with many meanings. It is a celebrated Spring holiday in Europe that has roots in pagan festivals, was later co-opted by the labor movement and communists and is also used as a distress call.

There were a lot of empty seats at the ballpark last night. I find that very depressing. The Giants brand has been hurt badly by a season and a half of horrible baseball.

On the bright side, the Giants have a chance to complete a 7-3 homestand with a win today at 12:45 against San Diego. It’s Clayton Richard vs. Derek Holland.

If Cueto’s injury is serious then the Giants are going to have to shop for another starter and go over the luxury tax threshold or phone the season in and start selling pieces. There is no in-between with this situation, most likely, unless the Giants want to hold the fort with internal starting pitching options until MadBum returns and assuming Samardzija returns to form and good health.