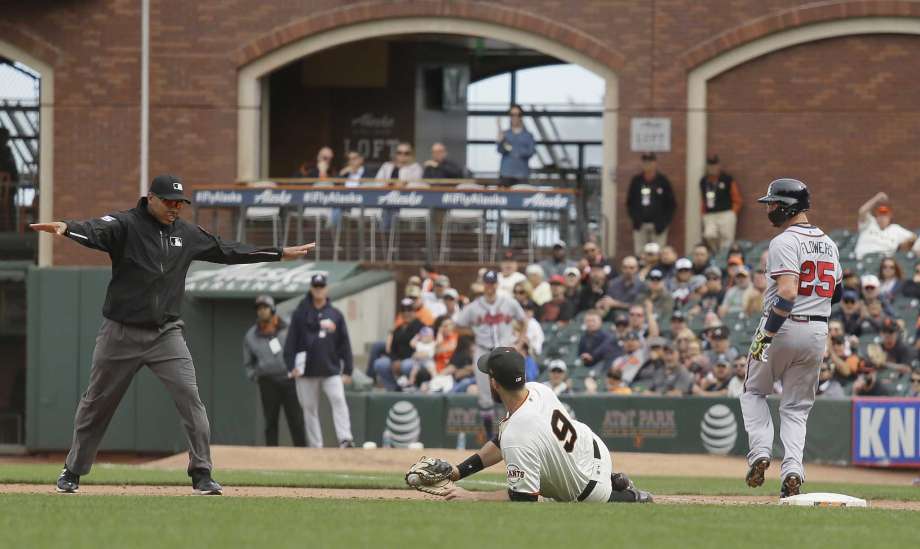 I confess to wanting the Giants to win every game. I confess to watching yesterday’s game with optimism and hope, even the belief that, in this game, they were due to win and the breaks were going to fall their way. I confess to hating draft position talk and thinking the team can still salvage a respectable season. Well, I felt they could salvage a respectable season, something to build on, as recently as September 1. Now, I do not.

“The Giants scored exactly one run for the fifth consecutive home game and they have been held to three runs or fewer in 14 of their past 16 games. They are hitting .150 with runners in scoring position while going 0 for September.”

Yesterday the Giants had calls that did not go their way after hitting into two double plays with runners on first and third and one out, the second of which was a smash off the bat of Joe Panik that if it were hit one foot in either direction, would have been part of a big inning.

The most obvious difference between the Braves and the Giants is this: The Braves have tremendous athleticism in their line up and bench (power, speed, quickness and energy) and the Giants do not. The Braves were smarter, faster and more aggressive than the Giants for pretty much the whole series and thanks to those qualities along with a few breaks and breakdowns in the Giants bullpen, were able to return the favor and sweep the series.

There are excellent comment threads on our blog and others. What this loss, the eleventh loss in a row (and counting) means, apart from breaking the SF Giants franchise record, is that it changes how we feel about the season as a whole. If it had happened at the beginning of May and then the Giants played better, enough to hover around .500, there would be optimism floating around, justifiably. Having this streak take place at the end of the season really feels like a punch in the grape nuts. It hits home, I believe, how many issues and crises the Giants have right now.