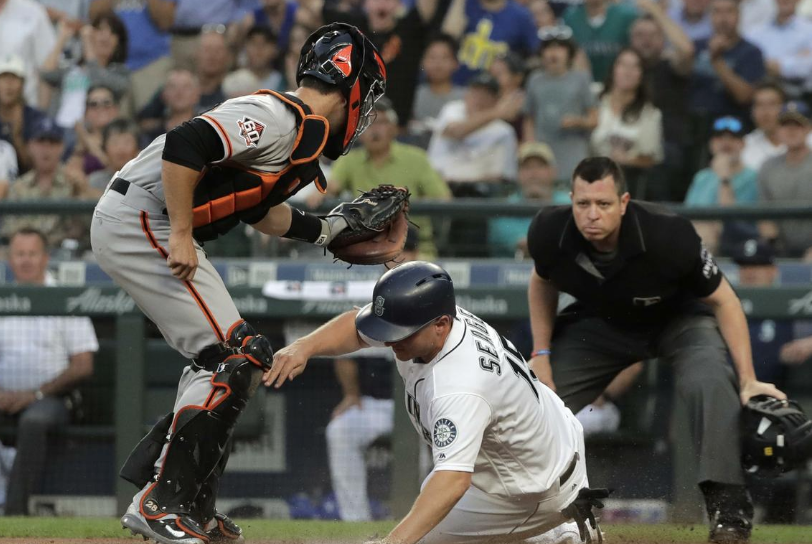 There’s a new dance craze in town: The Panda Hustle. You run hard, shake the arms and smile wide.

Pablo Sandoval ran hard on a slow dribbler in the ninth taking nothing for granted and perhaps inducing an errant throw by Dee Gordon who was charging hard on the play. The error allowed Steven Duggar to score from first.

Hunter Pence hit is first homer of the season, a loud, long bomb in the upper deck in left field in the top of the sixth.

Austin Slater did this:

Kelby Tomlinson had a big game too.

The bullpen hung tough over the final three innings and the Giants got a desperately-needed win in enemy American League territory. The game appeared to have a Giant contingent of Giant fans.

The Bums lost in 16 innings last night to the Phillies when Kike Hernandez, yes, Kike Hernandez gave up a 3-run blast to Eric Plouffe for the walkoff. LOL