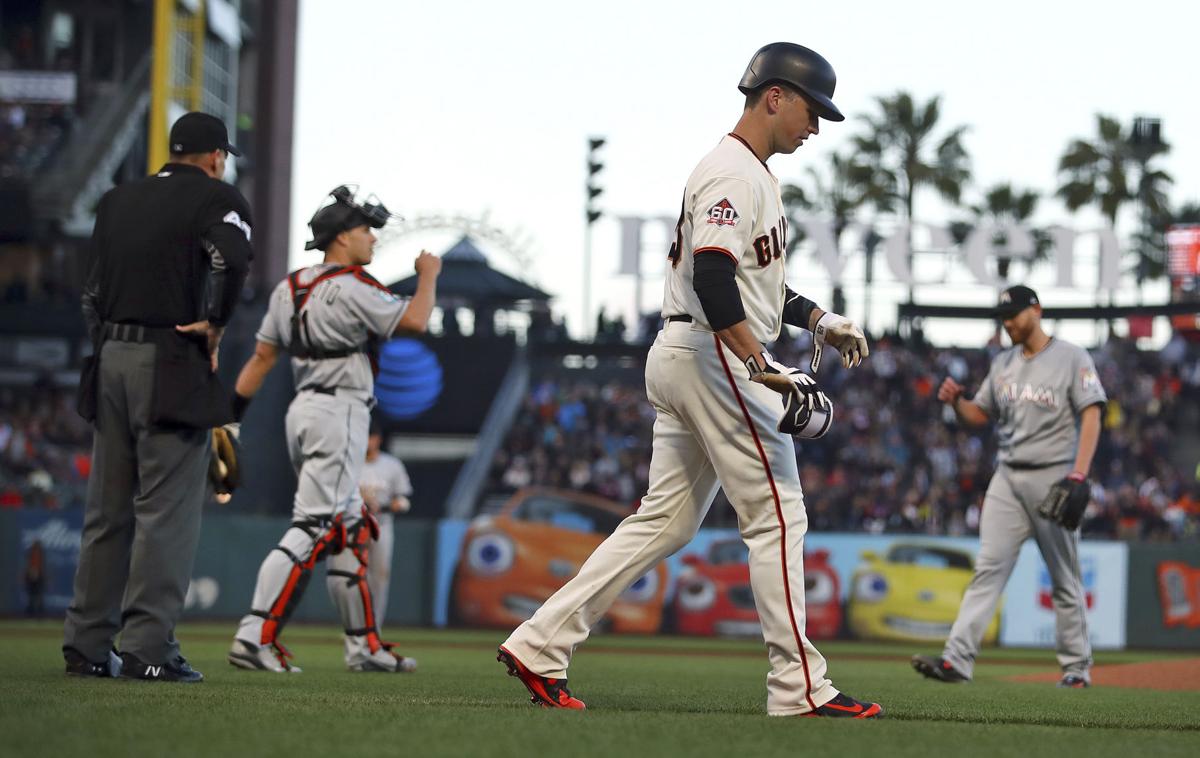 There were beanballs, players and Mattingly ejected, and a very angry Bruce Bochy. It was a fun night at the yard.

Posey went deep. Hanson had three hits. Dyson closed and the Giants get a chance to take a series from the dreaded Marlins today at 12:45 Barry Bonds time.

There was also some very good defense last night by the Giants and bad defense by the Marlins.

This was well done by @AlenHanson92 ➡ @bbelt9

I don’t have the patience to get into all the fisticuffs and circumstances, except to say that Buster Posey, after being beaned in retaliation around his shoulder and near his head by Dan Strailly and a fast fastball, absolutely, positively, needs to show some fury, leadership and brass knuckles diplomacy by charging the mound. Instead he took his punishment meekly and went to first without incident. In general and on principle I respect the turn the other cheek Gandhi approach in life but sometimes baseball demands a benches clearing brawl and that was one of those times….

Showy?? It was a game winning hit. What was showy?? We watched Romo, Wilson and others be SHOWY on our side. Now, you get Buster hit. What’s next?? https://t.co/K2HMJWy0So

To recap: Strickland threw a 95 mph fastball at Brinson’s head. Brinson, a rookie, got a big base hit and celebrated “too much,” according to the Giants. Strickland hit a door. The Giants hit Brinson.

Brandon Crawford and his family had a healthy baby boy. Congrats BCraw now hurry back to Willie Mays Field. We need you.