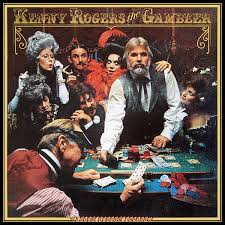 As the Giants finished another listless half inning late in the last night’s game, one that seemed to be over in 30 seconds, Mr. Lefty said to me, “I feel like I’m watching the same game on a loop.”  Indeed.  Going back to the All-Star break, the Giants’ losses, and even their wins, have followed similar patterns: mostly good pitching and mostly no hitting. Doesn’t matter if the opponents’ starter is righty, lefty, an All-Star, a raw rookie, or a journeyman. They all look like Cy Young against the Giants.

There’s not much to say about last night’s game except that Casey Kelly did a decent job on one day’s rest and little notice and with the added adrenaline of having his father, Reds’ bench coach Pat Kelly, in the opposing dugout. And the bullpen, until that very last hanging slider from Ray Black, did a great job of keeping the game even for 5.2 innings, allowing just one hit and one walk in that stretch. Andrew McCutchen had three hits, but (like Pence’s three on Wednesday night), when one guy gets half or nearly half of the hits, that’s not going to help you much unless that guy’s hits are homers. You need to string some hits together, and behind McCutchen, the next five guys went 2 for 23 in the game–and both of those hits were immediately erased by double plays.

Since the All-Star break, just about a month ago now, the Giants have gone 11-14, which is not good but also not ridiculously terrible. It doesn’t take much parsing of the stats to figure out what’s happening. In that stretch, the Giants are 28th in the majors in OPS (.635), ahead of only the (really really bad) Miami Marlins and Detroit Tigers. The team ERA in that same time period is 3.65, which is quite respectable and good for tenth in the majors and sixth in the NL.

Now, in that same time period, the Giants are only 7 for 14 in save opportunities, which makes it look like they have a bad bullpen, but actually they don’t. The bullpen ERA for the season is fourth in the NL and eighth in MLB. Part of it is the bad luck of running into the buzzsaw of the Oakland A’s and their incredible late-game heroics, plus two late gut-punch losses to the defending champion Astros. But the real problem is that the bullpen is always in tight games, and the odds just say that at least sometimes, you’re going to cough one up. Give this bullpen the occasional two- or three- or four-run lead to protect, and I’m guessing they’d be at the top of the charts–they’re already near the top as it is, and they’re getting Meath–uh, Strickland, back today with a fresh arm that should help them. Another problem is that stats don’t always capture what relievers do well. There’s no stat for “held the game at a tie for 5.2 innings, giving up only two baserunners,” but that’s what the bullpen did last night. Moronta lowered his ERA and WHIP but doesn’t get any particular credit for stranding Kelly’s runner and pitching 1.2 stellar innings in the middle of a tie game. (In case you were wondering, Moronta is 8th in the NL in stranding inherited runners (31/40). Forty inherited baserunners leads the league by quite a margin, and it’s impressive that a rookie has earned that kind of confidence.)

As to the hitting, it’s been such a systemwide fail that one can’t point fingers at too many individuals. If you look at the Giants’ individual batting averages since the All-Star break, the two at the top of the chart are Chris Stratton and Andrew Suarez, and there you have it. (The next guy is Kelby Tomlinson, who’s in the minors–and, I might add, has a 17-game hitting streak for Sacramento.) Brandon Crawford had a bad July (.200) and is having a worse August (.159), but it seems unfair to pick on him when guys like Longoria, McCutchen, and Posey have been pretty uninspiring all year long. At least Craw had a hot streak in May and June and carried the team for awhile.

Here’s a reality check about the Giants’ offense. Here’s where they stand in the NL in the major offensive categories.

OK, they’re fourth in doubles and fifth in triples, but other than that, it’s just bad, bad, bad.

There was a pretty heated interaction here on Thursday night when the Rodriguez news broke. Some immediately concluded that the Giants’ already slim playoff hopes had gone straight to zero and that the Giants should wave the white flag, which might mean various things such as putting players with expiring contracts on waivers, trading a reliever, or playing younger guys more down the stretch (e.g., putting Slater in the outfield regularly, or calling up Chris Shaw, though it should be noted that Shaw is currently on the DL). Others responded forcefully that the Giants are not mathematically eliminated (true enough), so they shouldn’t quit on the season by following any of the above suggestions. Both of these are legitimate ways to look at the situation.

Here’s mine, and I am fundamentally an optimist. I wrote a post here back in early June expressing the opinion that the 2018 Giants are good. I even felt some little stirrings of hope after the three straight wins this week and the gritty comebacks in the first two games at Dodger Stadium. But I’ve been watching this team closely all year, and the eye test says that they are not going on an epic run to pass up three teams and make up seven games with 39 to play. Their longest winning streak this year is four games (they’ve done that three times). Their best stretch was an 8-2 run in late June. And even if we thought the pitching, which now includes just three healthy starters and question marks at the fourth and fifth spots in the rotation, could hold up, the Giants’ offense is terrible.

At some point, the front office has to weigh the probabilities and go from “know when to hold ’em” to “know when to fold ’em.”  I do think they should prepare to make some judicious decisions–if available, which I don’t know–regarding some strategic trades that could help them in the future. This could involve both trading someone like McCutchen (or Dyson or Strickland or Hundley) to a contender for prospects and perhaps re-investing some salary savings in a trade for a controllable player who could help them next year. Again, I obviously don’t know what, if anything, is out there for the Giants. But I hope they’re at least considering it–maybe not today, but if they can’t turn things around against the Reds, Mets, and Rangers…

Tonight features a match-up of aces–or at least former ones. (I still think Bumgarner is the Giants’ ace, but I appreciate those on #TeamD-Rod.)

I’ll end this post today with…well, you know.  Lefty out.