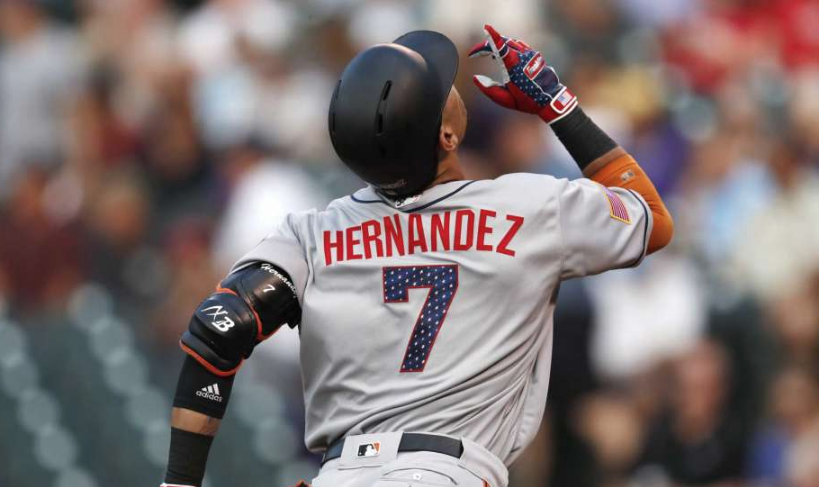 Madison Bumgarner flirted with disaster the whole night, giving up hard hit balls on two separate occasions that, if not caught in very good plays by Austin Slater, would have scored a minimum of 3-5 runs in total.

The Giants led 2-0 until a fateful bottom of the seventh that had weirdness that ended Bumgarner’s 22 inning scoreless streak:

Ty Blach came in and gave up two crucial add-on runs in the bottom of the 8th inning and that was all she wrote for the Giants.

Kyle Freeland flummoxed the Giants with his rising, sneaky fast fastball and staccato delivery. He was the perfect combination of Johnny Cueto (shimmy shake), Madison Bumgarner (hidden delivery, sneaky fastball), and Tom Glavine (impeccable command and control). This kid is going to be trouble Giants fans.

There was nothing to get alarmed about. The Giants bats were mostly kept in check. Gorkys hit a leadoff homer on the first pitch of the game then Buster drove in BB9 with a single that was ruled incorrectly as a double. Belt was on first and Posey hit a hard shot by the shortstop that Charlie Blackmon, because he was playing in right center, had to run a long way for. In that interval, Ron Wotus gambled and sent Belt, who scored on a great read. Buster advanced on the throw home. It was not a play you see every day.

A few of you commented on, or, criticized Bochy’s selection of Ty Blach to pitch the 8th. Here is why it was the right call: Our pen is gassed, Blach was ready, simple as that.

For some reason, MLB decided teams have to wear ridiculously garish, goofy, uncool and un-patriotic uniforms for games held on July 2-4. The Rockies looked like a softball team. The Giants, whose colors are neither blue or red, looked absurd as well. This will not stand! This sartorial insult and thinly-veiled, transparent attempt at selling more merchandise is an affront to the history and dignity of the game.