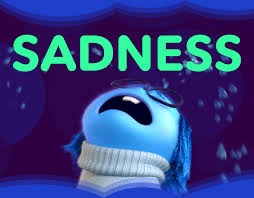 This has been a difficult week for me personally, a painful week for our country, and a pretty brutal final week for our 2018 Giants. First they lost a home series to the lowly Padres, avoiding being swept only by an extra-inning pinch hit by Madison Bumgarner.  Coming into this final weekend series, I believe the Giants fired themselves up with all the hype of making a disappointing season matter in its dying breath by spoiling things for the Dodgers. I believe the team hit into five double plays last night not because they didn’t care but because they cared too much and were overanxious. I believe Bumgarner brought every ounce of his substantial competitive drive into that start. And yet all they could muster was one solo homer despite plenty of opportunities, and Bum couldn’t put hitters away and left one over the plate to Turner, and there you have it. Watching the game last night, I was reminded that sometimes grit and fight are just not enough.

There were a couple of good moments. Aramis Garcia continues to be a nice September surprise. He had two hits last night and has a .321 batting average and .899 OPS and is playing a surprisingly credible first base, too. Reyes Moronta, finishing off a terrific rookie campaign, brought some 98 MPH nastiness in the seventh inning (which stood in immediate contrast to the way Bum had struggled through the previous six innings). And last year’s Willie Mac Award winner, Nick Hundley, celebrated the festivities by giving the Giants a temporary 1-0 lead with his 10th homer of the year.

Congrats to this year’s surprise winner, Will Smith. I don’t know if anyone saw that coming. We’d been speculating for months on guys like Pablo or Gorkys, on this year’s biggest surprise, Dereck Rodriguez, or the sentimental favorite whom everyone this week assumed would win, Hunter Pence. As Crawfish Joe said last night, you never know what’s really happening inside the clubhouse, and I take it that Smith has been a quiet and positive leader in the bullpen and inspired people with his comeback from Tommy John surgery. Good for him. Even with Smith missing 2017, the trade of Bickford/Susac for Smith in 2016 was one of former GM Bobby Evans’s better moments.

Since this is my last post for the 2018 regular season, I thought I’d focus on the goodbyes ahead. I planned all week to do a Pence tribute or maybe a Pence/Blanco tribute, but the beat writers have been all over that, and Baggs stole my idea to recap all the great moments and add video clips. (He missed two of my favorites, though. More on that below.)

The end of this season really does feel like goodbye. Bobby Evans is gone after a 25-year career with the Giants. A new GM will be brought in to make changes, and we’re not going to like some of them. I thought all week about how Friday night might be Bumgarner‘s last start as a Giant, and I still can’t even get my mind around that, but–it’s possible. Baggs’s gamer is all about that; Henry Schulman has written about it, and the studio guys at NBCS-BA are acknowledging that it could happen. Brandon Belt, who’s been a favorite of mine since his raw rookie days of 2011, could be gone. Joe Panik, the young energizer who contributed mightily to the 2014 championship, could end up elsewhere. Those are all really, really sad things to think about.

It could also be the end of the line for homegrown Kelby Tomlinson, who’s out of options and eligible for arbitration, and it’s hard to imagine the Giants continuing with him any further. Specs filled in for an injured Joe Panik for the last two months of 2015, hit over .300, and got better at 2B with every week that went by. The Giants weren’t eliminated from playoff contention until Sept. 28 that year, and his efforts mattered. It also may not be just my wishful thinking that this could be it for Meathe–uh, Hunter Strickland, who, believe it or not, is the longest-tenured Giants reliever, having been in the mix since September 2014. These are less wrenching goodbyes than the possible ones listed above, but we’re still talking about two guys who’ve been part of the Giants for many years. (Tomlinson was drafted by the Giants in 2011, and Strickland’s been in the organization since 2013.)

Tomorrow could be the final game both for Gregor Blanco and Hunter Pence, not only as Giants but also as major league baseball players. Neither one of them wants to retire, but given their ages and declining skills and the way the market has changed for older players, it seems more likely than not that this is a wrap for both of them.

We all know Blanco’s story: signed as a minor league free agent with a spring training invite before the 2012 season after being sold on the Giants by Venezuelan winter ball teammates Pablo Sandoval and Hector Sanchez. Blanco had a great spring and made the team as a non-roster invitee, and just a few months later carved his place in Giants history with his remarkable catch that saved Matt Cain’s perfect game.  C’mon, you know you want to see it again, so here it is.

As iconic as that one moment was, we shouldn’t forget that Blanco was the starting left fielder throughout the 2012 postseason and the starting center fielder in the 2014 postseason, filling in for the suspended Melky Cabrera in the former instance and the injured Angel Pagan in the latter. In all his years with the Giants, Blanco made just one Opening Day start (right field in 2015, and then only because Pence was injured during spring training)–but he was on the field when it mattered most in two championship seasons.

So many nostalgia pieces have been written about Pence in the last couple weeks that I’m not going to be repetitive. Instead, I’ll just mention two of my own favorite Pence memories. The first was when he saved Tim Lincecum’s first no-hitter in July 2013 with a diving, tumbling catch.

(I also like Alexi Amarista’s angry, pouty face at the end of that clip. I haven’t looked it up, but I’m pretty sure “Amarista” means “annoying little mosquito.”)

The other memory is of the “Hunter Pence signs” that started showing up everywhere in 2014. It was random and funny and charming. It showed how our own quirky, lovable Pence had caught the attention of other teams’ fans to the point that they actually took time to make signs to bring to the ballpark. In an offbeat way, it captures how special and unique Pence was and still is.

So thank you, Captain-Underpants-Full-Throttle, for being a great, great Giant and making us your adopted home. We will never forget you.

This may be the most interesting matchup of the weekend. With a win today, the Dodgers can clinch a playoff spot (the second wild card). If the Giants win and the Rockies win later, the Rockies clinch the NL West title. Facing off will be old nemesis Clayton Kershaw and new ace Dereck Rodriguez, looking for a strong finish to his stellar rookie season.

(It just occurred to me: There’s also a possibility this is Kershaw’s last start as a Dodger. If the Dodgers end up in the NL wild card game, that’s Tuesday, and he wouldn’t pitch it on just two days’ rest. And if the Dodgers lose that game and Kershaw opts out and signs elsewhere…well, I wouldn’t miss him 5-6 times a year facing the Giants, but that would be the end of an era as shattering for Dodger fans as Bumgarner being traded would be for Giants fans.)

Hunter wouldn’t want us to be sad, so enjoy this beautiful fall weekend and our last look at our Giants for a while. Lefty out.