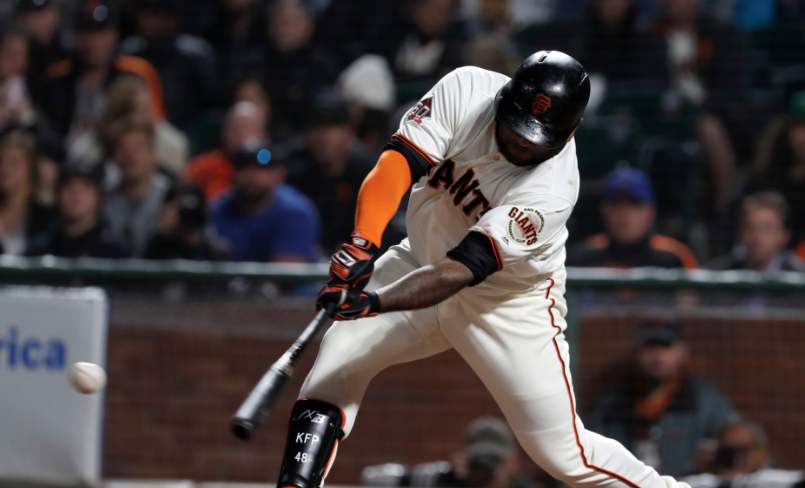 Someone on the blog was wondering last night why Brandon Crawford was playing if he was a little dinged up. 4-4! That’s why. Bochy did not want to sit his hottest hitter. BCraw had a very slow start to the year but began to turn things around with rock solid contact in Philly. By the time he reached Pittsburgh he was aflame. Last night Crawford went 4-4, raising his average to a remarkable .290 after languishing in the nether regions of .220s for over 3-4 weeks. The other Brandon, Mr. Belt, the most consistent hitter on the team since day 1, hit a long home run into McCovey Cove.

Pablo Sandoval had a huge pinch hit two-run single in the bottom of the fourth with the bases loaded. That was the key move in the game for the Giants. Bruce Bochy elected to pinch hit for Ty Blach, who was having an uneven night. Pierce Johnson pitched the fifth and earned the win. The Giants bullpen pitched five scoreless innings against a very good Reds line up. The result, a 5-3 win, put the Giants over .500 at 22-21. San Francisco is now 3.5 games behind the Diamondbacks, who won and only one game behind the Rockies, who lost.

With the starting pitching being less than reliable it appears the Giants are going to have to rely on their hitting attack and rigorous performances by their bullpen. I would say any time Giants pitchers give up less than five runs in a game it should be considered a victory and an opportunity for a win. With the line up lengthened thanks to the presence of Andrew McCutchen and Evan Longoria the Giants have put much greater pressure on starting pitchers, particularly at the beginning of games. Last night Mahle, the Reds starter, threw 41 pitches in the first two innings, ultimately wearing down by the third and fourth.

Today’s game is at 12:45 with Matt Harvey making his second start as a Red pitching against Andrew Suarez.