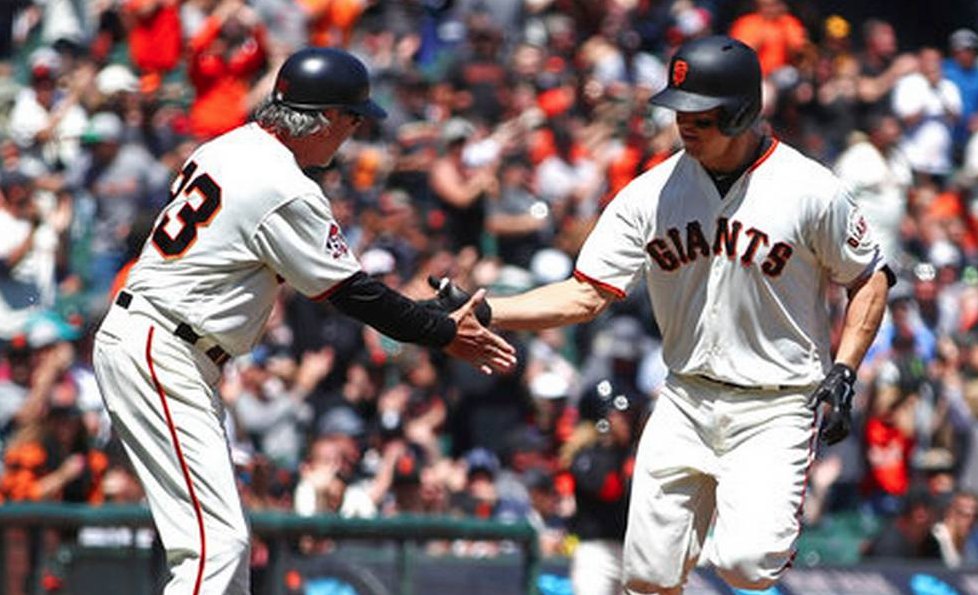 The Giants take a series from the Padres for the first time since 1974. They have now won four series in a row. Nick Hundley had himself a day, going 4-5 with two doubles, a single and a laser beam home run just inside the right field foul pole. Derek Holland earned his first win as a Giant pitching five innings and avoiding disaster after giving up three runs. Brandon Crawford and Brandon Belt continued their hot hitting and the Giants secured a 7-3 homestand to go 16-15 on the year. They leave San Francisco with wind in their sails as they prepare for a nine game east coast road trip against the hot Atlanta Braves, Phillies and Pirates, where Cutch will make his debut as a Giant at Roberto Clemente Park.

This was a Giants team playing without Posey, Panik and Mac, that still manage to bludgeon Padres starter Clayton Richards. If the Giants hitting attack can pick up the slack while the aforementioned players along with Bumgarner and Cueto are on the shelf, then things could get interesting in the NL West once the Diamondbacks come back down to Earth.

Just how great is Nick Hundley? The Willie Mac Award winner of 2017 is proving to be a premier backup catcher worth his weight in gold. The Giants don’t miss too much with him behind the plate. He has experience, excellent leadership, calls a great game, and can sure hit. Hundley would be a starter on at least 5 other Major League teams. Hat’s off to Hundley and to Bobby Evans for re-signing the best backup catcher in baseball!