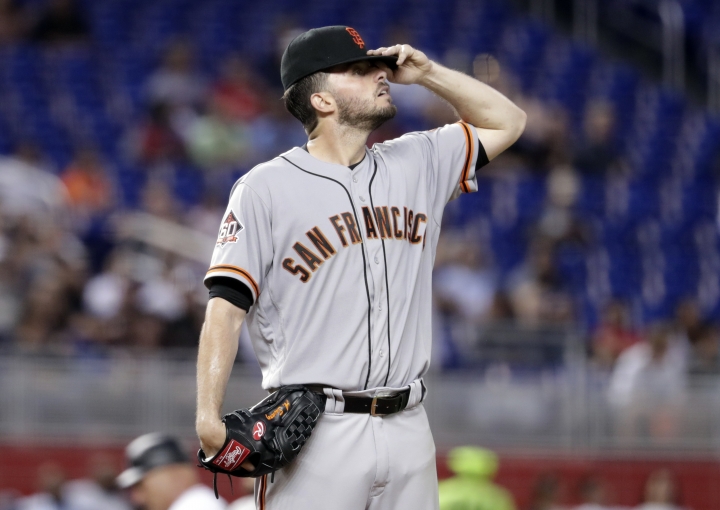 The Giants have had 7 leads in the first three games of the series and have blown all of them. The hitters have not been aflame. The starting pitching has not been stellar but both aspects of the team have been good enough to win at least two of the three games. Instead, it is the vaunted Giants bullpen that has failed in each loss. This is a direct result of the relievers in all likelihood being overused thanks to a lack of long starts. In last night’s game, Andrew Suarez pitched five innings with 77 pitches. In the top of the sixth with the Giants attempting a rally, Bruce Bochy decided on a pinch-hitter. I did not like the move though it has already worked many times in recent games. Here is why I would not have pinch-hit for Suarez:

I don’t fault Bochy for this loss. How does Moronta walk a batter ready to sacrifice on four pitches? That was the key play in the game. The Marlins and Miami seem to own the Giants every year. This has become an embarrassment for the San Franciscans just as the Dodgers are getting hot. Remember when the theory was “Stay around .500 till MadBum comes back”?  Well that theory is not working. Remember when the hope was “The Dodgers can’t keep winning with all these injuries”? Well the Bums are one of the hottest teams in baseball and poised to take the Division lead.

Today’s game is monumental for the team’s momentum and confidence.