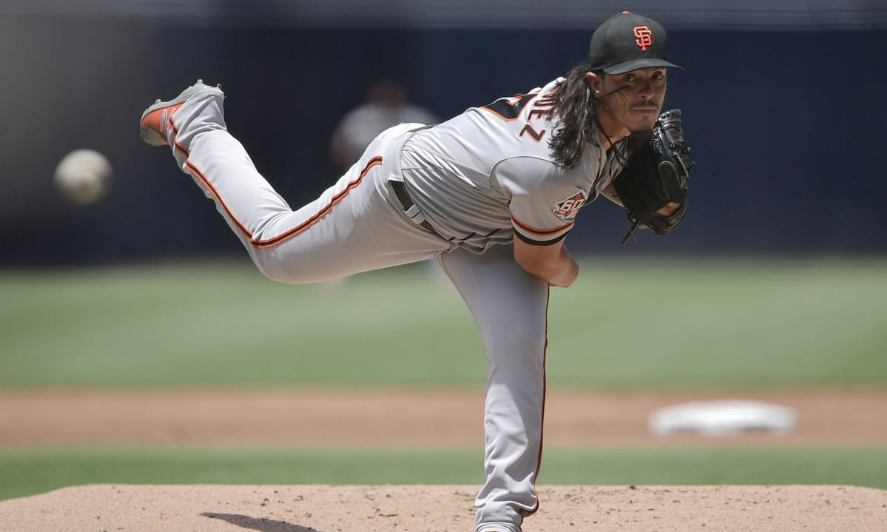 This game had horrible, depressing and disappointing written all over it when the Giants failed to score a run with less than two outs on four separate occasions. Thankfully Brandon Crawford won it with a two-out single in the top of the tenth to give the Giants a two-game sweep over San Diego. A confidence-builder this was not.

Dereck Rodriguez did pitch very effectively going 7 innings and allowing only one run. He looks more and more like the real deal folks. His poise, stamina and ability to limit damage when in trouble are very veteran-esque.

Joe Panik pinch-hit then sat down in favor of Travis d’Arnaud playing second base. That’s an ominous sign for many reasons.

Andrew McCutchen hit a home run in the top of the fifth to affirm: “Trade deadline? What trade deadline!?” to the Giants front office.

Whether or not you agree with the Giants standing pat and not making any trades yesterday it appears more and more likely that Bobby Evans and Brian Sabean are working from a position of desperation. To stand pat with a team that has such a huge payroll and sits around .500 is a sign that they or the ownership are not willing to take the long-view in building a winner and are more concerned with the aesthetics and profit of short-term ticket sales and staying competitive. The bottom line: The Giants brass doesn’t have the balls to do what it takes to bite the bullet and take the necessary steps to compete for the World Series. Either that or they think this club is a World Series contender. I don’t know which is sadder.