The All Star Game Has Become a Travesty 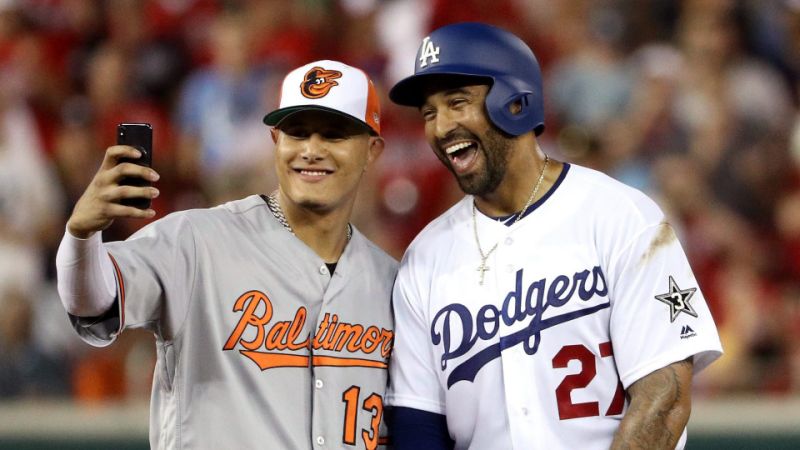 Well they’ve finally done it! Fox, MLB and the players lackadaisical attitude have ruined the All Star Game for me! I’m pissed off at Fox for their constant stream of in-game commercials and inane on-field interviews with players. WTF, do I give a damn about whether Mike Trout is a Philadelphia Eagles fan??? The pitchers only go two innings max now … poor babies. The players generally don’t give a bleep about winning. I tried to watch it. But, after hearing Joe Buck’s, NOT one of my my favorite broadcasters, ridiculous on-field interview with Trout I turned it off in disgust! I still don’t know or care who won this farce.

I used to look forward to the All Star Game with unbridled excitement. When it was at our beautiful ballpark in 2007 I went to the game while all my friends around me sold their Field Club seats for big bucks. Superstars like Mays, Aaron and Mantle played all nine innings most years in their prime. Dominant pitchers like Koufax, Gibson and Marichal pitched three innings, one third of the game. Now the managers feel obligated to get ALL these millionaire players into the game with not a care about winning. I long for seeing superstars like Trout, Harper and Machado play 9 innings like Willy, Hank, Ted, Joe D, Stan and Mickey did in the old days

The baseball All Star game used to be a premium event worth looking forward to by avid seamheads like me did. Now, while the players are the most talented and best ever, it’s a shadow of its former glory. I feel genuine sorrow for the young serious baseball fans out there that have never witnessed all the All Star Game used to be in the past.

I’m OUT! And, you kids get off of my bleeping grass!!

Where have you been? The ASG has been like this for years. Gone are the days of Rose taking out Fosse in my mind one of the most iconic moments in ASG history. To be replace by John Kruk batting with one foot out of the batters box because Randy Johnson threw one over his head. And laughing about it. The new ASG started to move this way then. https://www.youtube.com/wat…

Its not a game is an exhibition now. I did tune in to watch Crawford last night. What a rip, the called 3rd on his last AB was 2 inches or more outside. I have better things to do than watch clowning baseball.

It’s gotten MUCH worse the past 2-3 seasons though. It’s reaching new lows.

No doubt from what people on here are saying. But I can’t testify as I stop watching years ago.

Very good that the WS home field advantage is no longer pinned to a game that no one seems to care about who is the W and who is the L anymore.

Maybe it was a last ditch effort to make the game relevant again.

The issue with any network is that they have no self awareness. Their every decision is based on new focus study analytics, with the core program as an afterthought.

So, all the cute tricks are to draw in the “independent voters” as they bank on the baseball partisans to always be there, no matter how much the network dilutes the game.

The overall shallowness of “entertainment” was on display last night. And it was boring. Very boring. It was made worse by someone coaching Smoltz to be more controversial and adamant in his opinions, and that fell flatter than Bonnie Franklin in a tank top .

It is getting increasingly concerning to watch Manfred and the board room make such desperate decisions.

Great post, especially “that fell flatter than Bonnie Franklin in a tank top.” So true. Manfred and MLB risk losing guys and fans like us. I turned the game off when it was 2-1 in the sixth. That’s the first time in my life I have ever done that. When the players don’t take the game seriously how can a diehard fan like me be expected to tune in!? My theory is that MLB is confusing their demographic issues with trying to be hip and appealing to young people like the NBA or something. They are making a big mistake and confusing priorities. Baseball is baseball and excellent because of its history. The MLB All Star Game used to be the best of all the sports simply because you could play intensely without fear of injury. They threw all that away in a terrible attempt to appeal to dumb people with no attention spans and no concern for the history of the game.

Stop the Desecration of the Mid-Summer Classic!