The Cincinnati Massacre of 2018 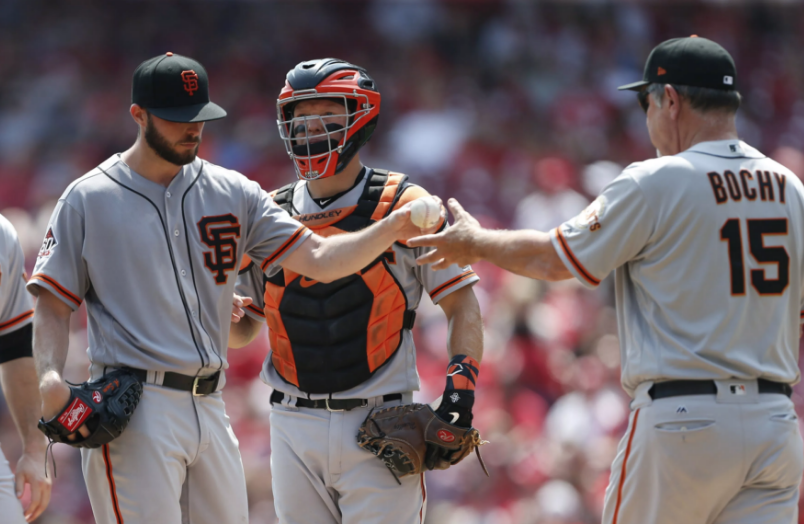 When we look back at the Golden era of San Francisco Giants baseball we may remember this weekend series in Cincinnati as the moment the era ended definitively.

Here is my summary of the weekend’s games.

Andrew Suarez had a nightmare inning. A guy the Giants traded to the Marlins (Luis Castillo) for Casey McGehee (remember him) came back to beat them on Sunday with a pretty dominant performance.

The Giants look like they are giving up on the season. It is in the air.

That there is something wrong with this team and this organization is indisputable at this point.

That the Giants are out of the NL pennant race is 99.9999% indisputable. But we can still hold on to that .0001% chance if we want to avoid facing reality: It’s time for a serious rebuild from the top down.

Tim Kawakami’s piece in The Athletic is an eye-opener, mostly for speaking the obvious: This is the end of the Bumgarner/Posey era of dominance for the Giants.

I will wait till season’s end before summarizing the team as a whole and illustrating a blueprint for the future. What was undeniable to me starting Friday, was how listless and pathetic the Giants hitters were. Their bats were slow. Their at-bats awkward and impatient. They did not pass the eye test of a hungry and talented baseball team. Part of that may be due to the emotional exhale after the tense Dodgers series.

The team’s spirit appears to be crushed, thanks in no small part to the Dereck Rodriguez injury.

In tonight’s game the Giants are in New York City to play the Mets, who suddenly turned Austin Jackson into Henry Aaron. Derek Holland faces Zack Wheeler (remember him?).

I don’t want to be coy but let’s end this post on a positive note. I have been very critical of most of the latest MLB promotions and attempts at reaching out to new audiences and younger generations of fans. I am adamant about my criticisms of the garish holiday uniforms and the evolution of the All Star Game to name two. However, I want to commend MLB and Pete Manfred for the annual Little League World Series Game. Last night the Mets and Phillies played in Williamsport, Pennsylvania and interacted with kids during, before and after the game. The contest that saw the Mets beat the Phillies 8-2 was the second version of an event that included a team handshake line after the game and players like Noah Syndergaard and Jakob DeGrom seated in the stands with kids during the game. That is cool stuff!