The Legend of Mac Williamson Continues With Gargantuan Blast That Helps Giants Prevail Over Nationals, 4-2 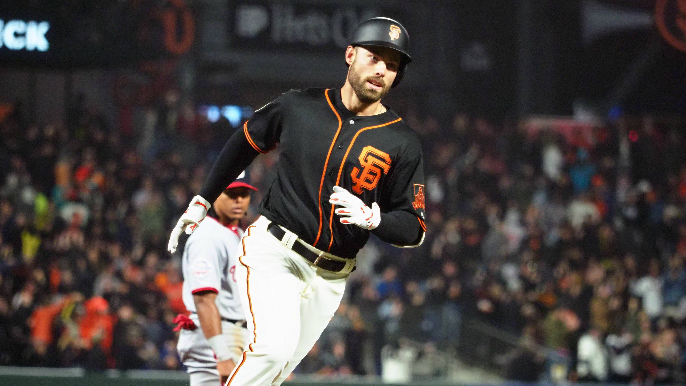 Sometimes a home run is more than the sum of its parts. Such was the case last night when Mac Williamson hit a tape measure homer to help the Giants down the Washington Nationals, 4-2. The whole park came alive. The bench erupted in awe and joy.

Suffice it to say that in only a couple games, Mac Williamson is energizing the team and the city with his mammoth blasts that seem to have the very positive ripple effect of winning ball games.

What does it take to hit a home run to the deepest part of the park in San Francisco?

Chris Stratton was great, especially when his defense let him down with horrible miscues at a critical juncture in the 6th inning.

Stratton has not allowed more than three runs in any start this year.

Listen to the roar of the crowd: