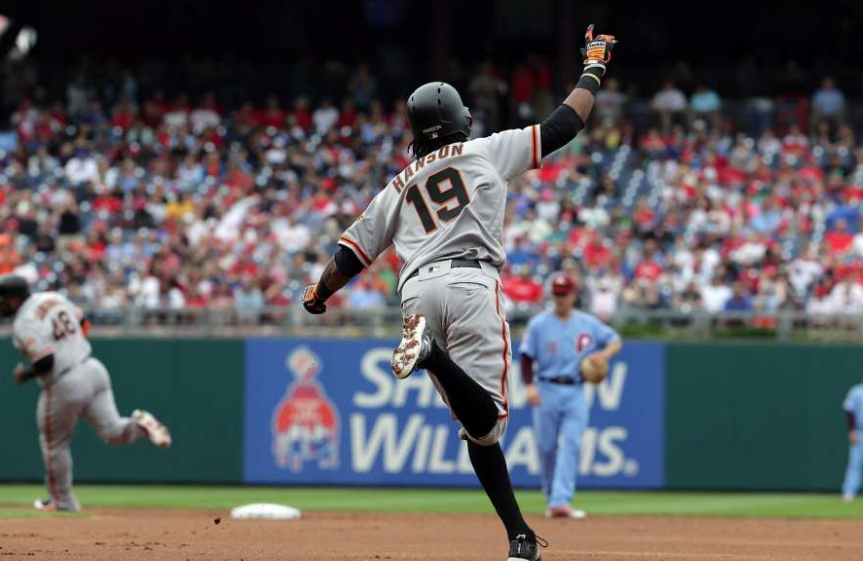 The Giants got swept by the Phillies in a four game series in Philadelphia. But that is not really the news. This is:

#sfgiants are setting a record in this series, at least since 1913. Per Stats Inc. pic.twitter.com/xKO6KxlUOo

Ty Blach came is 117th in baseball out of 118 pitchers on the strikeout percentage leaderboard.

There was awful baseball everywhere. Despite Long balls by Blanco and Hanson that gave the Giants a 3-0 lead, Ty Blach was no match for the slugging Phillies.

The Giants are now 19-19. I have better things to do than write about this game.

The Giants struck out fifty five times in this four game series, destroying the previus team record for k’s in a four game set which was 44 in 2003.

See you in Pittsburgh tonight. Hopefully PNC Park will give us traveling Giants fans a win.